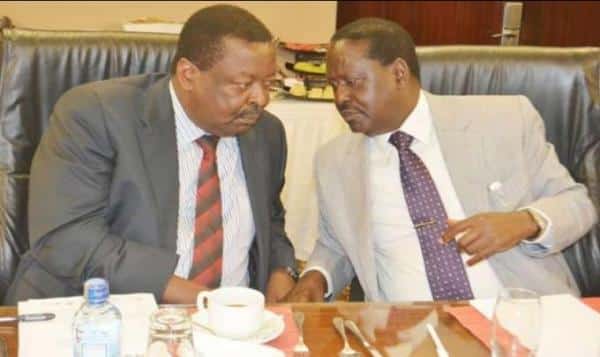 Amani National Congress (ANC) party leader Musalia Mudavadi on Wednesday congratulated NASA leader Raila Odinga on his appointment as African Union Representative for Infrastructure Development but his message did not go down well with a section of netizens.

Many of them asked Mudavadi why it took him so long to congratulate the former Prime Minister yet he was present when the announcement was made during Mashujaa Day celebrations at Bukhungu Stadium in Kakamega.​

“I would like to congratulate my brother (& colleague) Hon Raila Odinga on his appointment as African Union High Representative For Infrastructure Development.

“I wish you only the very best as you lend your wealth of experience to Africa. Hongera,” wrote Mudavadi.

This triggered a number of reactions from netizens, some questioning the genuinity of his message.