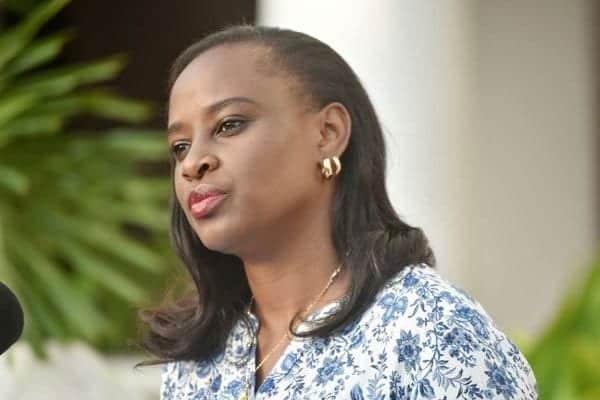 The President’s decision was conveyed in a brief statement Friday afternoon by State House Chief of Staff Nzioka Waita who wished Ms Dena success and called on all stakeholders to support the new PSCU head success.

“We wish Ms. Dena success in her new role and ask all stakeholders including PSCU staff, the media and colleagues in government to accord her the support she needs to excel,” the statement read.

Ms Dena, a former broadcast journalist, takes over from Mr Manoah Esipisu who was appointed Kenya’s envoy to the United Kingdom in July.

Before her elevation to the helm of the President’s communication team, Ms Dena was the acting Spokesperson, a role she assumed for over three months ago.

Ms Dena becomes the first female State House Spokesperson and Head of PSCU in the history of Kenya.

Speaking shortly after the announcement of her confirmation, Ms Dena promised to build on the successes of her predecessor by repositioning PSCU to deliver on its mandate.

“I will work with my team and all stakeholders across Government to ensure that we deliver on our mandate as the President’s media team,” said Ms Dena before adding that she was ready and prepared for the pressure that comes with the new role.

“I am well aware of the demands of the job and confirm my preparedness to step into the shoes of my predecessor. I trust that with God and with the support of my superiors and the cooperation of my team, we will be able to succeed,” Ms Dena added.

Previously called the President’s Press Service, PSCU is primarily charged with the responsibility of packaging and delivery of the President’s communication using multiple established media platforms and outlets.

Past holders of the office, whose role has grown over the years, include Lee Njiru and Amb. Isaiah Kabira, who is now serving as Kenya’s High Commissioner to Australia.

Kamaru the legend: White settlers broke his guitar but didn’t kill his love for music

Holy Eucharist Service at the Kenyan Anglican Fellowship in DC