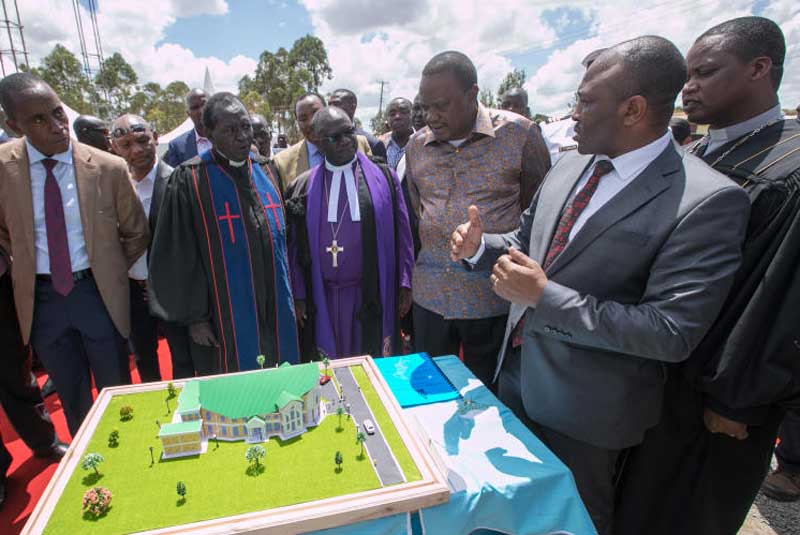 President Uhuru Kenyatta yesterday hinted at the possibility of the country going for a referendum.

He asked legislators to support a new Bill on the two-thirds gender rule to be debated in the National Assembly tomorrow.

The Bill was introduced by Majority Leader Aden Duale.

Aware that its passing would translate to nomination of more women to Parliament, further stretching the ballooning wage bill that has caused discomfort among Kenyans, Uhuru nevertheless urged MPs to turn up and vote for the proposed law.

He told Kenyans not to be scared of the repercussions of the proposed law on the wage bill as “these positions would only be there for a short while”, a statement that could be interpreted to point to the possibility of changing the current structure of governance and representation.

For this to happen, Kenyans would have to vote in a referendum to change the Constitution.

The clamour for a referendum has been gaining momentum, with Opposition leader Raila Odinga leading the crusade.

But politicians are divided on what needs to be addressed in the referendum. A group led by Deputy President William Ruto has said it will only consider a referendum if it was meant to reduce the wage bill and not increase political positions.

Mr Ruto was initially opposed to a referendum.

Speaking in the Juja PCEA Parish, where he attended Sunday service, Uhuru urged MPs to support the Bill, saying it would give additional positions to women to meet the two-thirds gender threshold enshrined in the Constitution since the gender principle had not been realised through elections.

In what could be interpreted by political observers as alluding to a possible referendum, Uhuru called on Kenyans not to worry about the wage bill.

“Na nii ndiramenya nikii kiramumakia. Muramamakio nikii na thutha wa kahinda kidigo tu iti icio ni iguthira, (I do not know what you’re worried about, after all this is for a short while and these seats will no longer exist),” said Uhuru in reference to the wage bill.

The President said the Government was just following the Constitution.

“Women are the majority in this country. So let them stand up and face these men in elections. Do not just sit down and wait to be nominated. Do not fear, you are born with leadership in you. It is men who instill fear in you and make you shy away from challenging them in elections,” he said.

This is the third time the Bill that seeks to address the constitutional requirement that no one gender should hold more than two-thirds of positions in leadership will be coming up in Parliament. This time, however, the leaders of both Jubilee and the Opposition appear determined to rally their MPs to support the Bill.

While Uhuru was speaking in Juja, Ruto took the same message to the Faith Evangelistic Ministries (FEM) church in Karen and the Soul Harvesters Church in Dandora.

“I am asking every member of Parliament to give an opportunity to our daughters, to our wives and to our mothers going into the future,” said the Deputy President in Karen, Nairobi.

And while attending a church service and fundraising in Dandora, Embakasi North he asked MPs to support the Bill.

“We need our women empowered so that they can help in reshaping the development conversation of our country. We cannot afford to ignore their voices during this time,” he said.

This was the second time that Ruto was making the plea to legislators, some of whom have frustrated the passing of the Bill by keeping away from the Assembly on the day of the vote, thus denying the House the requisite two-thirds number to take the vote.

Last week, Raila met with women leaders where he declared his support for the Bill, urging MPs not to frustrate the quest this time round.

“The gender rule was a casualty of tampering with the Bomas Draft that took place first in Kilifi then in Naivasha, but we have another chance to get it right. You can take my support as given,” he said when he met members of the Kenya Women Parliamentarians Association and a group of women leaders, among them Public Service, Youth and Gender Affairs Cabinet Secretary Margaret Kobia.

Yesterday, some MPs who accompanied the President said they would approve the proposed amendments to the Constitution.

Thika MP Patrick Wainaina said the number of women in Parliament and the Government was still low.

He said the Bill would help to achieve equality.

“We have to support this Bill in order to ensure women get what the Constitution says. Women are an integral part and play a key role in the growth of the country. They have the knowledge and experience that is needed,” said Mr Wainaina.

Senate Majority Leader Kipchumba Murkomen vowed to lobby MPs in order to ensure the Bill passed. “We will support and stand with the conditions and ensure women get their rightful share as the law says.”

Uhuru: I will be the first to undergo lifestyle audit