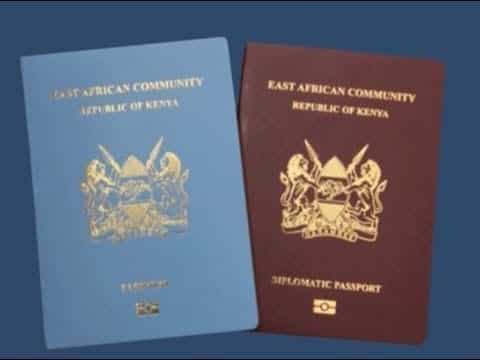 The inconveniences and costly trips associated with obtaining Kenya travel documents in two badly chosen locations in USA, pose a likelihood of many people especially the youth not bothering to become dual citizens of Kenya.

The Embassy used to travel to all major States to process passports and ID’S and also Diaspora groups like Kenyan Parents in USA would organize the same, but it was abruptly stopped after a few malicious idle minds linked the noble exercise to fictional non existence claptrap jargon corruption.

After acquiring American Citizenship, many Kenyans living in America and especially in areas far from DC and LA, (the only two chosen passport issuing centers), will most likely not bother to process the Kenyan passport in America, for it will be too costly to do so when compared to travelling with American passport.

Passports for both countries have a 10 year expiration period and in those ten years, considering that the average trips a person make to Kenya is no more than 5, many will opt not to apply in DC or LA but would rather wait and apply in Kenya while on holidays.

The only lucky ones that will apply at DC or LA are those that reside in the states that are close to the Embassies mentioned and where people can easily drive.

If for example you choose to travel with the American passport,.. you will only incur $250 tourist entry fees in ten years period assuming visiting Kenya every two years (still less to those who stay longer than 2 years)

Therefore in ten years the total incurred expenses plus the cost of obtaining American passport is $370.(Ksh. 37,000)

We will hereby for comparison purposes calculate the cost of obtaining the Kenyan e-passport at DC assuming an individual living in Atlanta, Georgia or Dallas, Texas.

Average Kenyan Wage loss in US for two days– $300

Meals and accommodation in a cheap hotel  $275

If you compare the two, you will spend $650 (Ksh 65,000) more in those ten years passport validity period when you choose to apply for Kenyan passport at DC or even LA.

The amount will still be more for those without the new generation Kenyan ID as they will have to make two separate trips to DC. (ID a mandatory requirement to obtain a passport)

That is a lot of money to the average Kenyan, considering that it only cost less than Ksh. 4,500 to obtain the same passport in Kenya.

LOOSING THE KENYAN GENERATION AND ITS EFFECT ON REMITTANCES.

When the Government make it extremely hard to obtain the travel documents, the higher the chances of losing with time the entire Kenyan generation that currently have American passports and are now between ages 20-30 years.

This does not only apply in America but everywhere in the Diaspora where processing centers are not conveniently located.

The Government is in a way drastically loosing the remittances as it will keep on declining as years progress for the many Kenyans that are now American citizens and have no immediate relatives back home, will not bother to apply for the same given the stringent conditions.

The tremendous increase in remittances each year as hereunder can be explained by the fact that the recipient of green card holders who are now averaging between 51 years -61 years arrived in USA in1987 and are the most active in sending money back home.

This is based on assumption that when they arrived, they were between ages 30 to 40 years.

That is the year the remittances to Kenya started showing an increase and the trend has been on the rise as more and more families continue immigrating to the US.

Kenyans in the Diaspora in 2018 contributed over $2billion towards the Kenya’s GDP which is equivalent to 4% of our GDP and thus overtaking tea, coffee and tourism.

It is estimated that the remittances will continue rising and by 2030 it will be closer to 10% of Kenya’s GDP.

The increase in remittances is likely to keep on going up but it will definitely be affected by the current youth who might slowly start losing the Kenyan connection and the same by interpolation  will reach the sine curve limit between year 2030-year 2040.

This will be as a result of the active age bracket of the first batch green card lottery winners who still have strong Kenyan ties but after year 2040, they will either be retired or no more.

If you now tag remittance to obtaining Kenyan documents, you will be targeting the youth who currently are now in their early 30’s and are now American citizens but without Kenyan ID’S and without Kenyan ties.

Those are the ones that have no urgency in acquiring a Kenyan ID or passports as only a few will afford the costly exercise or even have no time to do it. Therefore the majority who are already American citizens will not bother to obtain a Kenyan ID at DC due to the inconveniences.

They will also not be keen as they have somehow lost the Kenyan connection unless they are persuaded by their parents to do so but even after that, many will not bother to do so on their own.

They too will weigh the advantages of having the Kenyan passport and since it will be a costly exercise, they will choose to use the American passport during the few trips they make to Kenya.

These are the people who are now in their early 30’s and after their parents are gone, we will experience a drastic decline in remittances to Kenya for they will not even have documents to prove that they are Kenyans and further still, there will be no one to send remittances to back in Kenya.

The most active people currently sending money back home are in their 40’s and hence in thirty years from now and after considering that green card lottery is likely to end soon, remittances to Kenya will drastically drop.

It will then reach a point when it may be zero remittances and those who will have settled permanently in America will start selling their own or their family properties back in Kenya in a hurry,.. and remittances will start reverting to a negative sum game close to year 2080.

The American dream by then will have deeply sunk into the minds of the youth and the idea and the swearing wishes of going back home which was a song sung by their already gone fathers and mothers,  ….a thing of the past and never again a reality.

They will by that time be more bothered trying to control their teenage sons who by that time may not only be sagging pants,.. but possibly even walking naked.

Kenya to them will be no more than a fairly tale to tell their young ones of a country their ancestors immigrated from once upon a time.

They may however try a family reunion back in Africa but chances of even remembering where their fathers used to tell them of retirement homes, may not be possible and if at all they locate  the same, the will have to face fierce poor cousins and covetous uncles that took over their fathers land.

It will be too complicated to even convince the cousins while twanging that they had land and home for the hostile environment will force them to return to America in a hurry and may even cut their intended trip to Maasai Mara.

Many will forget Kenya forever and cut ties and continue just like AA did when the journey back to Africa became like a bridge too far away.

This scenario can be avoided if the Kenyan connection was taken seriously and made easy by giving the youth that attains majority age Kenyan ID while at the same time, affordably make them dual citizens so that they can even own properties back home while their parents are still around. 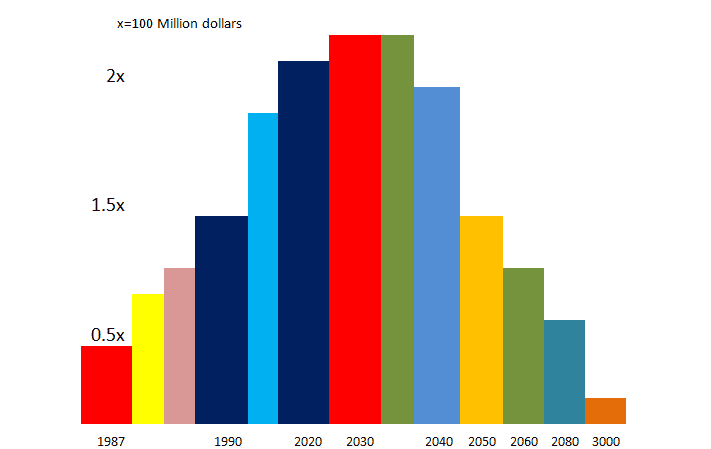 If the Government does not fund the Embassy exercise of taking ID services to major States, or take an active role in encouraging groups to organize the same, we will certainly loose a whole generation as the young ones that have acquired American Citizenship will not bother to travel to Kenya after their parents are no more.

It is therefore appropriate for the Government to aggressively continue  issuing young Kenyans with ID’S by taking services closer to the people so that they can at least be able to inherit their fathers properties while living and continue  maintaining that Kenyan connection.

Want to fly directly from Kenya to the US? Book your tickets

VIDEO: Woman and her two husbands arrested in Migori