Graft: Raila pushes for all those named to step aside 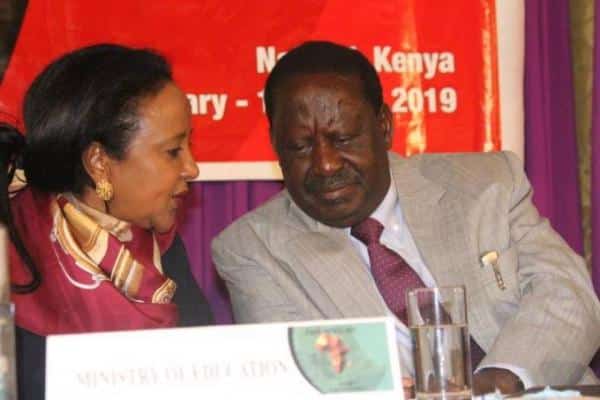 The Government must adopt radical measures to fight corruption and save the country from disintegration, Opposition chief Raila Odinga has said.

Corruption had become a menace that, if not tackled immediately, could consume Kenya and the African continent at large, he added.“We wake up daily to stories in the media of mega corruption scandals. We read stories of billions of shillings being paid for projects not implemented. We see billions of shillings being transferred to people in Italy, United Kingdom and others. Yet we don’t have stronger mechanisms to address this challenge,” Raila said when he launched the Pan-African Trade Unions Symposium in Nairobi yesterday.He called for stricter laws to deal with the people implicated in corruption, noting that the vice was denying Kenya and Africa much-needed development.

“These people who are stealing are criminals and they should be dealt with as such. If they were in China, for example, they would be living in another world (sentenced to death). The corruption in Kenya makes people think we are living in outer space, not on this Earth.“We should device radical means to deal with graft. If we let this continue, we will soon not have a country.” Raila has been at the forefront of calling for a stop to corruption and in March last year, he signed a Building Bridges Initiative with President Uhuru Kenyatta in which corruption was identified as one of the nine challenges that threatened to tear Kenya apart.His call for radical means to deal with corruption comes at a time the country is witnessing the revelation of corruption scandals in all major national and county projects. The African Union Special Envoy for Infrastructure urged Africans to provide solutions to the many challenges facing the continent. “Africa has great potential and its people have the ability to find home-grown solutions to our challenges. Let us stand up and confront problems that make Africa the poorest continent,” Raila said. He told Africans to stop blaming colonialists for their problems.

“Singapore, Malaysia and many other Asian tigers were also colonised. I have been given a job by the AU and hope that I will get support from governments to realise a dream for one Africa,” Raila said.He added that the continent should be connected through roads, air, railway and trade so that it can develop quickly and create opportunities for its young population. “Africa has 70 per cent of its population being below 35 years old. Let us have an open sky policy to lower air transport, like it is in Europe. Let us have a trans-African railway and road network and a continental fibre optic network for easy communication,” the ODM leader said.“It is sad that many countries have yet to ratify the African free trade area agreement. It is stone age policies that require a Kenyan travelling to Nigeria to get aviation clearance from Uganda, DRC and Cameroon before landing in Lagos.”Central Organisation of Trade Unions Secretary General Francis Atwoli threatened to mobilise workers to storm offices and eject public servants who have been accused of plundering public funds.

Education Cabinet Secretary Amina Mohamed said the digital revolution was the defining challenge of the current time. “The way we respond to this challenge will define the future of our continent.”