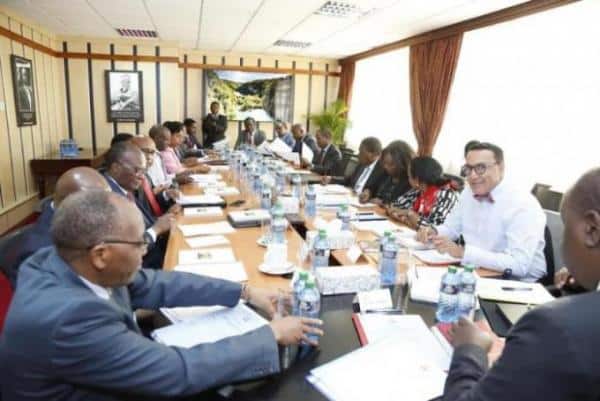 The inaugural meeting was held at Harambee House, which houses the President’s office, and was attended by all the Cabinet Secretaries.

According to the PS State Department for Interior Karanja Kibicho, the committee received and appraised implementation plans for National Government development programmes and projects.

“The committee will provide a weekly report to His Excellency the President with recommendations on how to address them,” Kibicho added.

On his part, CS Matiang’i indicated that the first meeting was meant to review the implementation plans for all development programmes and projects to fast-track execution as directed by President Uhuru through Executive Order No.1 of 2019.

The meeting was chaired by CS Matiang’i, who according to the Executive Order No.1 of 2019, will answer directly to President Uhuru and by default, supervise the Big 4 Agenda.

The Regional and County Commissioners will chair the Development Implementation Committees in their respective jurisdictions.

Announcing the new directive, Uhuru indicated that all departments and semi-autonomous agencies must embrace a multi-agency approach.

The President noted how the multi-agency approach helped in containing the terror attack at the Dusit D2 Hotel in January as pioneered by the National Security Council (NSC).