Ethiopian Airlines has trashed reports by two American media presses, New York Times (NYT) and Washington Post that the pilot of the ill fated ET 302 flight was not well trained.“Ethiopian Airlines surpassed many carriers by becoming one of the first to install a simulator to teach pilots how to fly the new Boeing 737 Max 8, but the captain of the doomed Flight 302 never trained on the simulator, according to people close to the airline’s operations,” read the New York Times article in part. 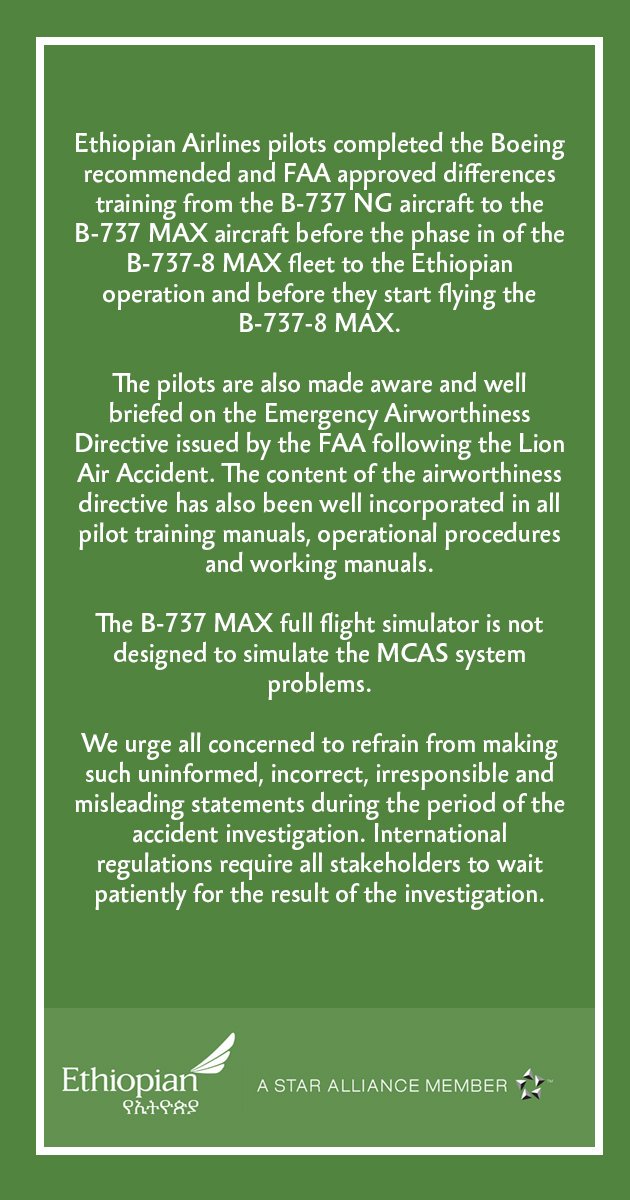 2,296 people are talking about this

The Airline strongly refuted the claims saying, “Ethiopian Airlines pilots completed the Boeing recommended and FAA approved differences training from the B-737 NG aircraft to the B-737 MAX aircraft before the phase in of the B-737-8 MAX fleet to the Ethiopian operation and before they start flying the B-737-8 MAX”.

It also hit at Washington Post for running a story the Airline termed as “baseless and factually incorrect allegations.” 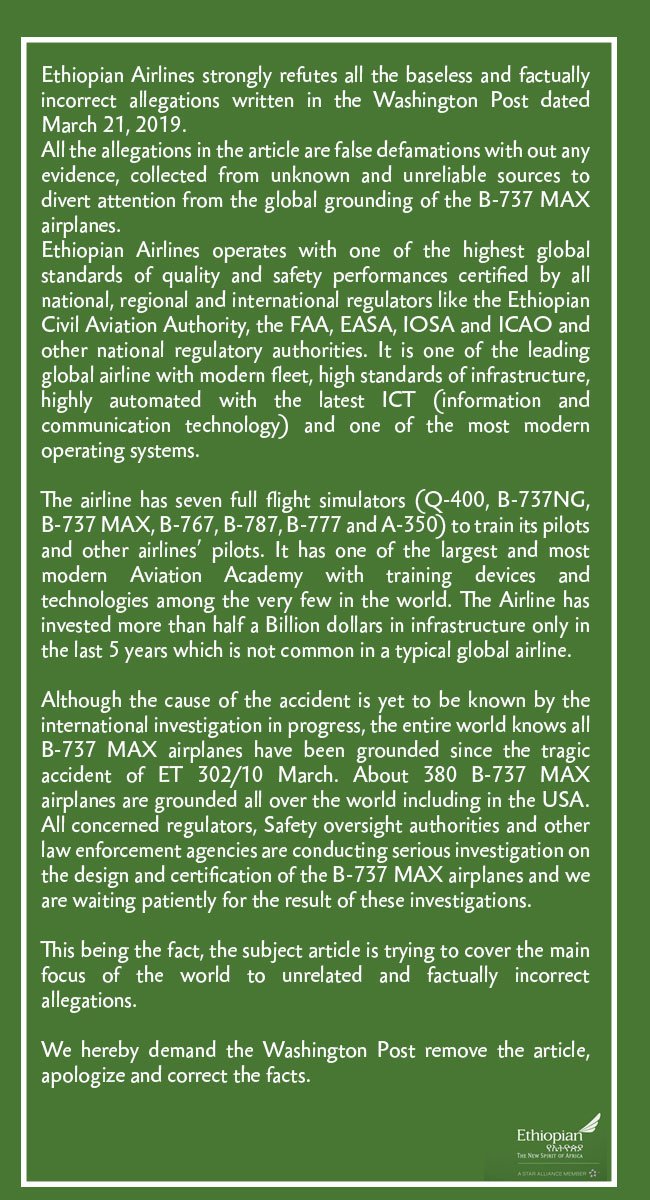