Ruto who arrived at 11 am shook hands with Gideon before taking his seat in a rare show of goodwill.

However, Gideon did not stand up and was still as he shook Ruto’s hand.

The Kanu chairman, however, later stood to greet Wiper Party leader Kalonzo Musyoka before both took their seats. 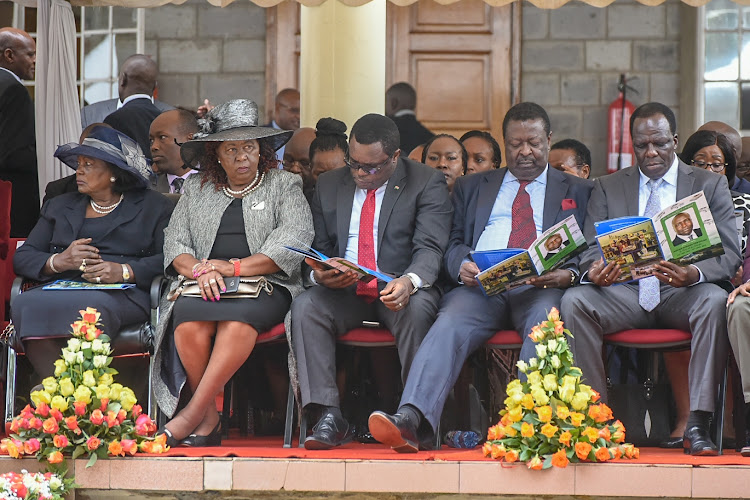 Some of the leaders during the funeral of Jonathan Moi at the Kabarak University grounds on Saturday, April 27, 2019. Image: RITA DAMARY

The handshake portrayed a temporary truce between the two fierce political rivals who seek control of the populous Rift Valley region.

On Wednesday, Ruto flew to Baringo county to convey his message of condolence to the family of the late Jonathan Toritich, the son of former President Daniel Moi.

Unlike President Uhuru Kenyatta who visited retired President Moi at his Kabarak home in Nakuru county on Monday, the DP opted to visit Jonathan’s home in Kabimoi almost 54km away from Kabarak.