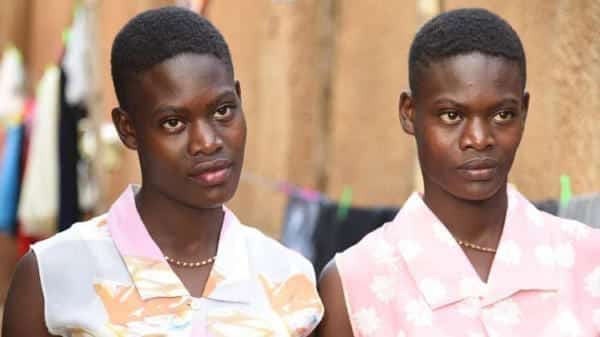 The identical twins, who have grabbed headlines in the last week, spent a night at Kakamega police station following a commotion involving their parents in Kakamega town on Thursday.

Parents from both sides engaged in a fracas after Melvis Imbayi’s mother, Angeline Omina, took her daughter as relatives of the identical twins planned to meet Governor Wycliffe Oparanya.

The twins Melon Lutenyo and Sharon Matias and their parents were left alone.

Omina accused the family of the twins of piling pressure on her daughter to continue living with Rosemary Onyango, the mother of the twins, at their home in Likuyani.

Prior to this, Melon and Sharon’s grandfather, Shem Abuti, is said to have grabbed Omina and slapped her moments before she fled the scene – a stone throw away from Oparanya’s office.

Melon and Sharon then went to the police station. Police sought Melvis and her mother and they were taken to the station on Thursday evening. The three teens spent the night at the station.

But on Friday, their parents Wilson Luta and Omina (Melvis) and Richard Olukokha and Onyango (Melon and Sharon) engaged in a hide and seek game with the media to avoid “adverse publicity”.

The teens were moved in a police lorry from the police canteen where they had been taken for breakfast to the deputy OCPD’s office, 150 meters apart to avoid contact with the media. 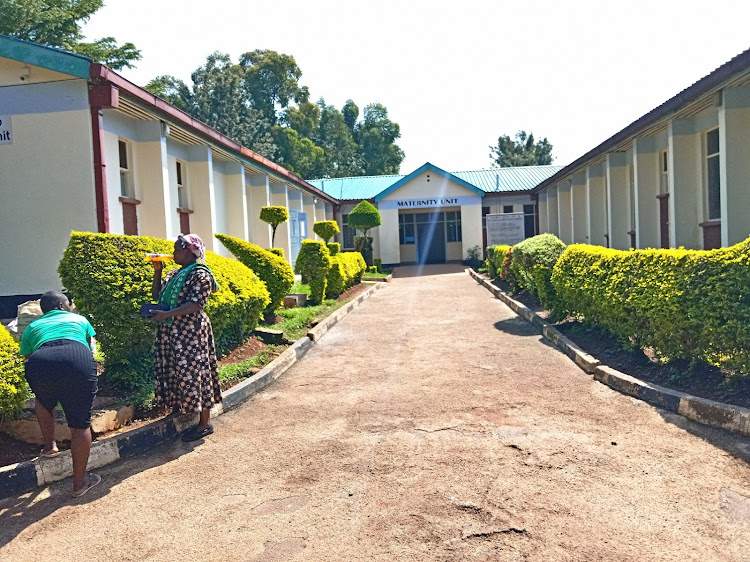 Maternity ward at the Kakamega county referral hospital where Melon, Sharon and Melvis were born 19 years ago.
Image: HILTON OTENYO

The Nairobi family is accusing Olukokha’s family of reluctance to release their daughter.

“We have given their daughter freely after DNA results showed she belonged to them but they don’t want to give us ours. I have surrendered the girl to them because we don’t want to confuse the girls who are candidates this year,” Mzee Laban Akide, Melvis grandfather, said.

Akide said the children will look for their own parents when they grow up.

He said they sensed mischief after waiting for the twins’ family from 10am until 4pm and decided to report the matter to the police.

Akide said the children were going to the Likuyani home of Melon and Sharon when Melvis received a phone call asking her not to enter the home and instead wait for her parents to pick her up.

But Luta blamed Abuti for the drama, saying the children had no problem but their grandfather was creating confusion because he does not understand what the two families agreed on in Nairobi earlier in the week.

“We shall sit down as two families and agree on the way forward and tell you what is decided but we don’t want anything like Kakamega police station to appear anywhere,” he said.

The twins were reported to have alighted in Kakamega town to meet Oparanya.

A senior officer from the communications department confirmed to the Star that the twins had an appointment with the governor but it was not successful.

Olukokha said a well-wisher had agreed to cater for the education of the three children.

But after a meeting with both families, Kakamega county police commander Bernard Muli said the police only offered refuge to the girls after the drama.

“We finished our investigations with the DNA results and the rest on how the families want to live is their decision to make because they are mature people,” he said.

Muli said that police had no involvement in the families’ matters as long as the children receive proper care.