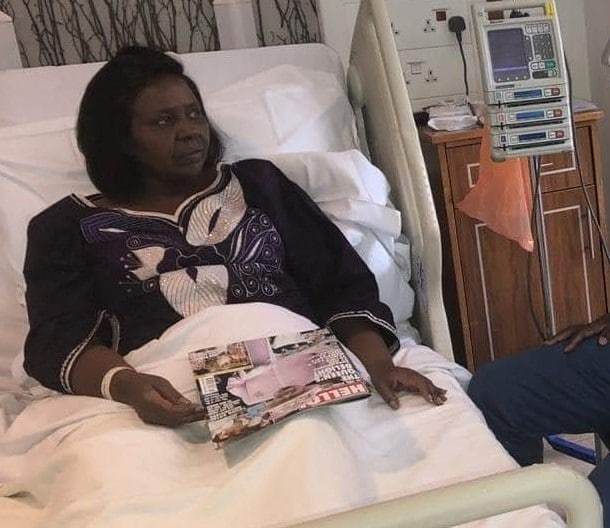 Bomet Governor Joyce Laboso on Sunday morning jetted back into the country silently from India where she has been receiving medication for about a month now.

Laboso left the country on May 29th this year for the United Kingdom where she stayed there before being transferred for further treatment in India.

Her arrival now ends week-long speculations among the residents.

Details of what ails the governor are yet to be made public, with county officials insisting it is a private matter.

Among those who visited the governor at the London hospital were ODM leader Raila Odinga, Chief Justice David Maraga and Kericho Governor Paul Chepkwony.

Last week Laboso’s deputy assured residents that she would be discharged from the hospital sooon.

“Madam Governor is doing well. She is happy and longing to get out of the hospital to be with us. We visited her and she is responding well to treatment and in some few days to come she will be released,” Hillary Barchok said.

But Laboso’s arrival on Sunday even caught many of the senior officials at the county unawares.

“Governor Joyce Laboso has today arrived from India where she has been undergoing medication…she has greatly improved, let us continue praying for her quick recovery,” Majority leader at the County Assembly Josphat Kirui posted on his social media pages.

The governor, Kirui said will, however, not resume her duties as expected but will continue receiving her treatment at a local facility in Nairobi.

She was accompanied by her husband Edwin Abonyo and close family members who had been together in India.

Sources however indicated that Laboso’s return was planned in a such a way to avoid a lot of attention.

Bomet governor Joyce Laboso with Chief Justice David Maraga when he paid her a courtsey call at her office in Bomet on April 26,this year
Image: FELIX KIPKEMOI

According to the source, since she has been away, residents would have attempted to go receive her at the airport an incident they had to contain.

While away, rowdy youths for the second time invaded Bomet county offices and paralysed operations.

The youths stormed the offices demanding to know why one of them had been arrested for leaking employment documents.

The events unfolded shortly after an inter-denominational prayer session for Governor Joyce Laboso who left the country on May 29 for London to be treated for a yet to be disclosed ailment.