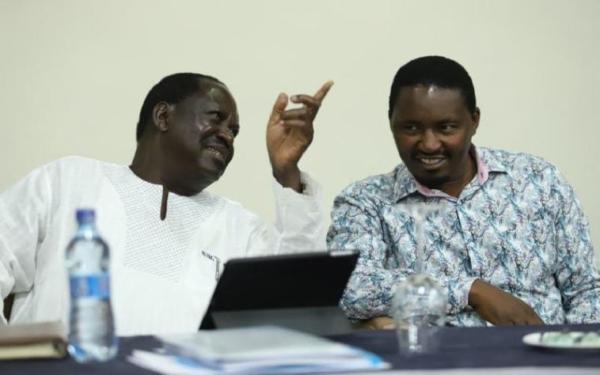 Kiunjuri had been invited at the event as the chief guest on Raila’s instructions, however, he did not show up. Instead, he sent the Kenya Plant Health Inspectorate Service (Kephis) managing director Dr Esther Kimani to represent him.

This comes days after Raila sent him a stern warning over the controversial planned importation of maize.

Odinga urged the Agriculture ministry to thwart the plan, alleging that the shortage is artificial and meant to benefit cartels.

Mr Odinga has invited over 500 farmers to their farm, to learn about modern farming techniques and crop varieties that suit the region.

Daily Nation further noted that besides the Kephis team, there were no other officials from the  Ministry of Agriculture.

Speaking to Nation, Kiunjuri noted that it wasn’t a must for him to attend the event.

“You are misinterpreting the situation. There is no requirement that a CS should attend all events in their ministry. It is not practical,” he told.

At the event, Raila told the farmers, “We don’t want our farmers to suffer because of maize imports by some goons. We know who they are and how they flood our markets.”

According to the ODM leader, he had sufficient reasons to warn against the looming impediment, after he consulted widely with farmers.