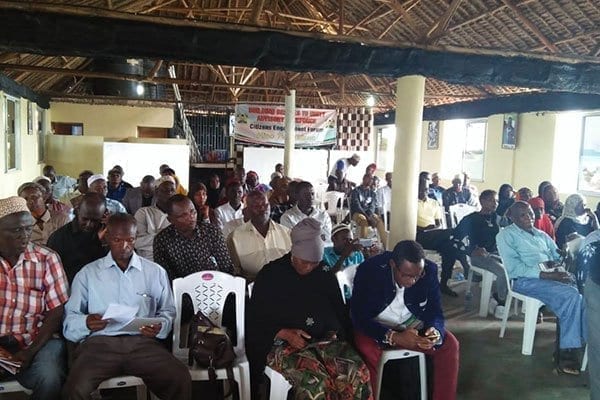 A plane carrying the taskforce members of the Building Bridges Initiative (BBI) to Tana River County has been diverted to Lamu after the Hola airstrip was found to be waterlogged and unfit for landing.

The BBI team has been visiting counties to collect views from the public on the constitutional review.

The taskforce, which has been divided into two groups, was also scheduled to visit Taita-Taveta, Lamu, Kilifi, Kwale, and later Trans Nzoia, Bungoma and West Pokot.

Meanwhile in Tana River, locals shared their views in the meeting lead by the county coordinator as they wait for the BBI team.

The locals said the BBI could cause more havoc in the country and ruin President Kenyatta’s efforts to implement the Big Four Agenda.

They have called for inclusivity saying without it, BBI becomes a tool to drive selfish interests of individuals in government.

Kenyan students feted in US for creating shoe-mouse for disabled