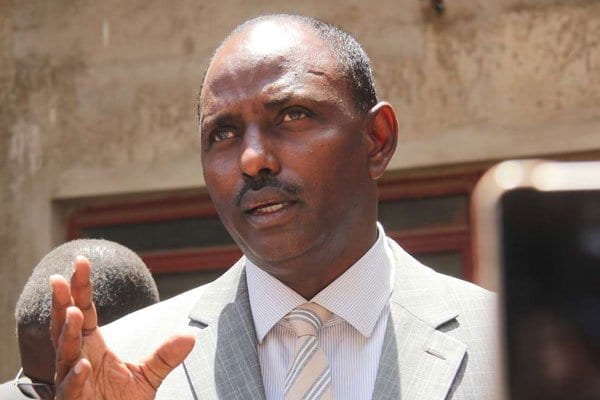 Mr Yattani, an economist by training is the current CS of Labour and Social Protection and a former governor of Marsabit County.

His appointment extends the trend where economists have been preferred for the hot docket.

President Kenyatta also appears to have gone for Yattani, who has the least political fallout within the Jubilee administration that has seen deterioration of relationship between the allies of the president and his deputy.

Mr Yattani is expected to stabilise the finance docket that had been immobilised by after the arrest and arraignment of Treasury Cabinet Secretary Henry Rotich and his Principal Secretary Kamau Thugge.

Treasury is a complex docket, which requires expertise in financial matters and, possibly, experience in government. The CS must be able to take over the financial sector, lead it effectively, and be able to credibly persuade the public that expenditure will strictly adhere to value for money in a Treasury scarred by allegations of high-level corruption.

He must also command the respect of multilateral partners, especially the World Bank and the International Monetary Fund, and have the expertise and connections to restructure the national debt, which is a major source of worry for the public and government alike.

Mr Yattani boasts of a 27-year experience in public administration, politics, diplomacy and governance in public sector since 1992.

Before he became governor, he was Member of Parliament for North Horr constituency, where also served as an Assistant minister for science and technology.

Between June 2009 and October 2012, he served as Kenya’s Ambassador to Austria with Accreditation to Hungary and Slovakia and Permanent Representative to the United Nations in Vienna.

He has Masters of Arts in Public Administration and Public Policy, University of York, United Kingdom, 2005 and Bachelor of Arts in Economics and Sociology from Egerton University, Kenya, 1991.

In the reorganisation announced by State House Spokesperson Kanze Dena-Mararo, the head of state said the appointment was to ensure smooth operations and continuity at the National Treasury and in line Ministries following the court order affecting Mr Rotich and Dr Thugge.