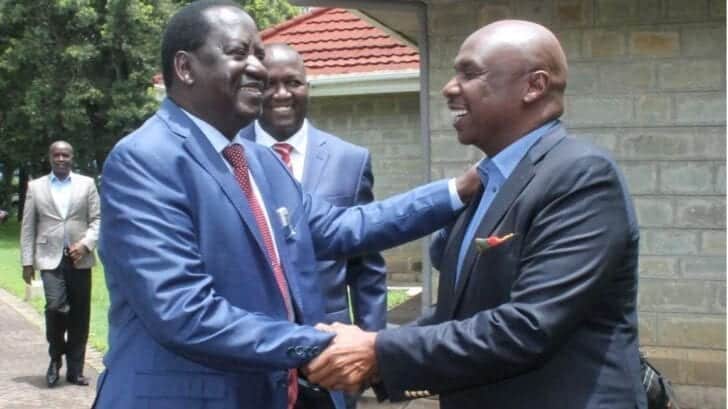 Their discussion focused on Climate Change, a matter that the G7 nations have been calling on governments to address.

“Their discussions focused on Climate Change, which the G7 nations are calling on governments to raise their ambitions on and national cohesion,” the ODM party posted on their Facebook.

Raila, who was pleased to host the president’s elder sister, took to his social media, to make public the visit.

“I was pleased to receive Madam Kristina Pratt Kenyatta at my office this morning,” he posted.

After the visit, Raila gifted Ms Pratt the book; The Flames of Freedom, an autobiography of the former Prime Minister.

Muhoho had urged Kenyans to support the handshake between Uhuru and ODM leader noting that it had brought peace in the country.

Kenyan Diaspora Japhet Kaluyu among those who want to be President

British granny finds Kenyan ‘soulmate’ had 46 other girlfriends around…