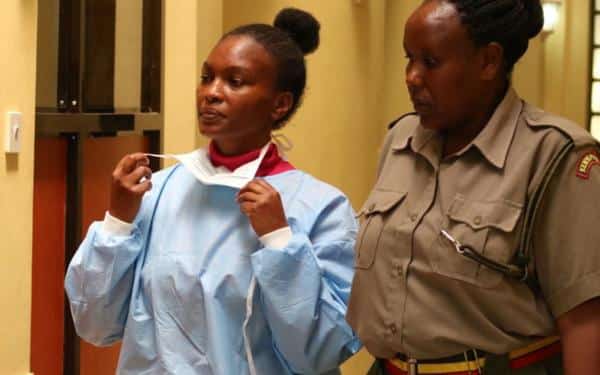 Sarah Wairimu Cohen backtracks on husband Tob Cohen’s body: The late Tob Cohen will be laid to rest on Monday at a Jewish cemetery in Nairobi if lawyers obtain a court order.

“The burial ceremony will be private and for family members only. Sarah and Gabrielle will participate as widow and sister respectively,” the statement from Philip Murgor and Cliff Ombeta reads.

This comes a day after Murgor demanded that the body only be released to Wairimu and not to the sister.

He had said that under Kenyan law, Wairimu is the sole custodian of the body as she is legally recognized as the deceased’s wife despite her arrest.

Wairimu is currently remanded at the Lang’ata Women’s Prison.

She was detained following a court order that she remain in custody for 10 days to allow police complete their investigations.

On Thursday, lawyers said the Monday funeral that is scheduled for 2pm can only proceed subject to obtaining a court order.

The lawyers have urged the Director of Public Prosecutions (DPP), Directorate of Criminal Investigations (DCI) and prison authorities to facilitate the arrangement.

The body of the Dutch billionaire was found inside an underground water tank, with the legs and hands bound.

The tank had been cemented, seemingly to try and conceal the contents.