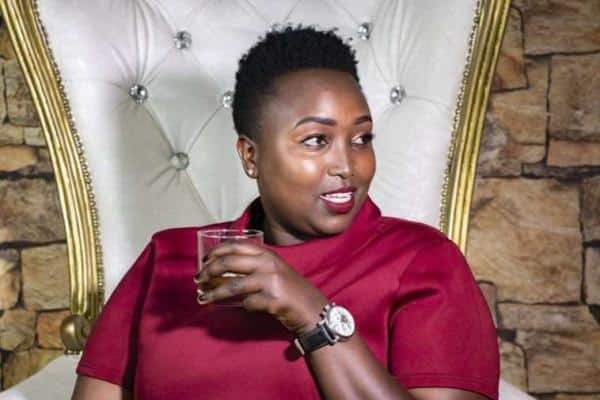 The Hot 96 host who started at Ghetto Radio in a series of posts as shared by a gossip page says that she sometimes thinks about disappearing and never coming back.

She further notes that she no longer has a reason to live and sometimes is too overwhelmed that she can not breathe.

The mother of two says that she has in the past been told to stop being selfish and find a reason to live but, she just wants others to live for her.

She has also acknowledged receiving encouraging messages from her fans and is determined to keep going.

Annitah has never been one to hold her tongue especially about her struggles in life. In 2018, she told her fans about her short-lived marriage to a woman beater, rape and divorce.

“I have slept on the streets…I have slept hungry…I know what it means to lack..I have cried myself to sleep so many times I lost count.. I have been in a hospital bed for six weeks due to depression and ulcers.”

She further spoke about trying to take her life at least five times.

“I have tried suicide five times…I have been so broken I never thought I would see another day.. But look at me.. Look at me and understand that when God wants to use you to glorify himself then he will do exactly that.. I am a loving testimony that when God Says Yes.. Nobody can say no.”

Again last year, the girl with the big voice gushed about finding the love of her life. A man she said understood her and loved her children.

“I think this is the first man I am dating after I got married, he makes me really happy. If you know me well am a bit crazy, wild and a lot to handle. So if anyone can handle me drunk, sober, being a mother and emotional then I think he is literally priceless. He is life itself,” she told Word Is.

A report released by the World Health Organisation (WHO) on world mental health situation has placed Kenya as the sixth most depressed country in Africa.

The report indicated that Kenya’s 4.4 per cent of the population is depressed with men being the most affected.

Positive Thoughts-Every friend says, “I too am your friend” but