She rose with high energy, took a shower, enjoyed her breakfast and trekked to Kabiangek Primary School in Konoin Sub-County, Bomet County.

In high moods and at peace with herself, Jackline, a Standard Six pupil, enjoyed lessons until the third one.

Young, innocent and with no prior experience of menstruation, her maiden period caught her by surprise.

Her female classmates say she was confused after soiling her uniform and hardly concentrated, attracting the attention of the female teacher.

The young girl thought being a woman, her teacher was going to have mercy and advise her in private.

The teacher embarrassed and humiliated her before the entire class, her mother Beatrice Koech says.

According to the parent, the teacher said the girl was “dirty” for soiling her dress and kicked her out.

“She had nothing to use as a pad. When the blood stained her clothes, she was told to leave the classroom and stand outside,” she said.

This case, once again, casts a spotlight on the Education ministry’s free sanitary towels programme for schoolgirls.

Humiliated, Jackline walked home with difficulty as she employed all tricks to hide her “little shame” from the public.

It is claimed that when the girl arrived home, she narrated the ordeal to her mother before going to fetch water from a nearby water pan.

It is at this water source that the pupil was overwhelmed by shame and decided to hang herself using a leso she was carrying.

“When police arrived at the scene, they found the girl had committed suicide using a leso and the body was moved to Kapkatet Hospital mortuary,” said Konoin Sub-County Police Commander Alex Shikondi.

Her parents reported the matter to police on the same day the body was taken to the mortuary but the case never moved an inch.

On Tuesday, parents stormed the school, protesting police inaction four days after the case was reported.

The twig-carrying and chanting group demanded to know why the female teacher who humiliated Jackline had neither been summoned nor questioned by the police.

Police lobbed tear gas canisters to disperse parents who blocked the road leading to the school.

Five of the demonstrators were bundled into a police van and whisked away after they pulled down the school gate.

The gate was brought down after a teacher and the school watchman attempted to block them from entering the compound.

The school was hurriedly closed as teachers sent children home.

Mrs Lilian Cheptiony, a villager, said it was unfortunate that the girl had committed suicide over a matter that could have been sorted.

“Sadly, we have lost a young promising girl who would have in future made a positive contribution to development in society,” she said.

Journalists were barred from accessing the school as the headteacher, John Kosilei, was said to have gone to the county education offices on official duties.

Harry Misiko contributed to this report from Nairobi 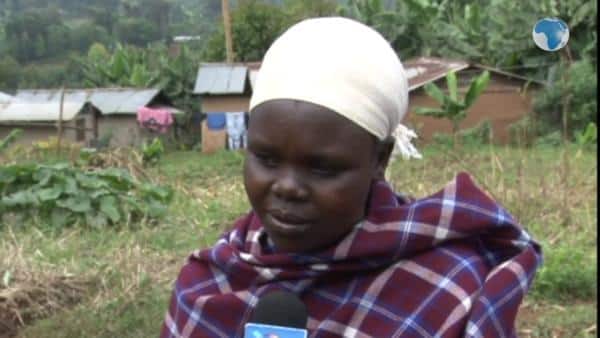