I Will Not Sacrifice To ‘Thirsty Sea gods’,John Wambua Declares 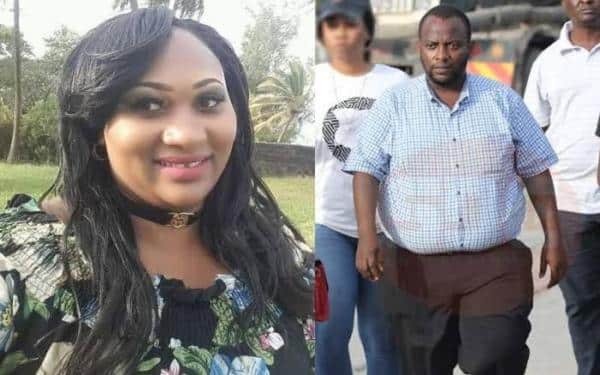 I Will Not Sacrifice To ‘Thirsty Sea gods’,John Wambua Declares: John Wambua, the kin of the Likoni Ferry tragedy victims, has dismissed calls by local elders who have been urging him to offer sacrifices in a bid to appease angry sea gods still ‘holding’ his family in the Indian Ocean.

The bodies of Mariam Kaghenda, 35, and her four-year-old daughter, Amanda Mutheu, are yet to be retrieved from the sea more than a week after their car plunged into the Indian ocean.

It’s for this reason that the local Mijikenda elders, who believe that it will take longer for divers to retrieve their bodies from the sea as the thirty gods were holding the two in their caves, appealed to Wambua and his family to consider making a sacrifice to appease the gods.

“The gods feed on blood. If they do not get blood, they take it for themselves. Animal blood will satisfy them. But modernity has made people forget these things. A tragedy like this reminds us they exist and need to be recognised,” said Mwinyihamisi Mwakinyasi, one of the elders.

However, Wambua, the husband of Mariam, over the weekend declined to fall into the ‘ritual’ insisting that his Christian values don’t conform with what the elders were asking him to do.

“I have stood firm in my faith. The only blood I believe was shed to save life was that of Jesus. I have turned down such overtures,” said Wambua, who is an operations manager at Almar Containers East Africa in Miritini.

Efforts by the government and private divers are yet to bear fruits in a recovery operation that many have termed “mission impossible” due to a host of challenges including poor visibility and the risks involved in the 60-metre depth of the sea.

For this kind of depth, the diver’s oxygen tanks also allowed them to be underwater to a maximum depth of 33 metres, from the 30 litres of air they carried, with a 35-40-minute mission before they breached the under-10 litres of air, which would require them to come back to the surface.

An extension of the time spent underwater, according to experts would lead to permanent head damage.

A Swedish diver, Volker Bassen, who had promised to recover the bodies in just two hours, on Friday declared the mission difficult and risky. He apologized for “underestimating” the operation.

“I want to retract on my earlier statement that I would recover the car and the bodies in just two hours. There is zero visibility and channel is very deep,” he said, praising the Kenya Navy divers whom he worked with for being “brilliant”.

On Sunday, the government stated that the search had been directed to the last four possible locations.

In a statement, Bakari Gowa, Kenya Ferry Services Managing Director, noted that locations are in a much more difficult terrain that requires a lot more cautious approach, so as not to endanger the safety of the divers.

“Taking into consideration the realities of underwater characteristics and the depths involved, the divers can only stay submerged for not more than six minutes. This implies that exhaustive inspection of these four locations may take a bit longer, ” said Bakari.

More divers from South Africa are said to have arrived in the country in readiness for today’s recovery operation.