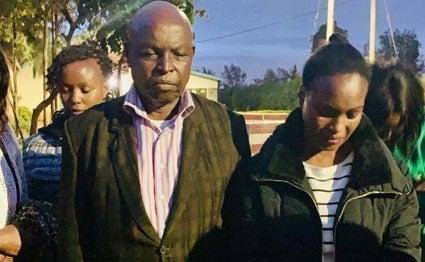 She listed the properties as part of the requirements by the court to prove she will be able to sustain herself after being released on bail.

Wairimu is not allowed to set foot on the Sh400 million Kitisuru property she is fighting to acquire following her estranged husband’s demise.

Accoring to a will Wairimu disputes, she was left nothing out of Cohen’s estate.

Wairimu was on Friday granted bail after filing an affidavit stating she is able to sustain herself.

She said she has been working all her adult life, during which period she has accumulated savings which she is able to utilise to sustain herself.

“I have similarly acquired the following property, which I hold in my name in certain instances, and jointly with my friends and family in other instances,” she said.

The properties she listed below:

Should it become necessary to dispose any of the said properties to supplement her savings, the properties are available for sale, Wairimu said.

Wairimu has also stated that she has family and friends, including one Mama Lucy Mwangi who has agreed to accommodate her at her house during the the trial.

Sarah has been granted Sh4 million bond and two sureties, with the alternative of Sh2 million bail.

Wairimu was also ordered not go near the business Tob Ltd.

VIDEO: Tanzanian Prophet Predicts The Next President of Kenya