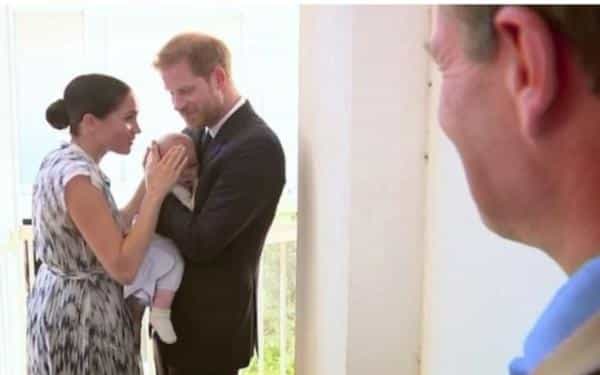 The Duke of Sussex also describes Cape Town as an “amazing place” in the revelation during tonight’s show set to air on ITV.

Speaking to the Sunday Times, broadcaster Tom Bradby, who interviewed the prince for the show, described him and wife Meghan as “vulnerable and bruised”.

It is claimed that the pair are hoping to build a bush lodge in Botswana, where Harry visited last month.

Speaking about the continent, Harry says tonight: “I don’t know where we could live in Africa at the moment. We’ve just come from Cape Town.

“That would be an amazing place for us to be able to base ourselves.”

It comes as reports claim the Duke and Duchess are set to take a six-week break for some “family time”.

The extended period from mid-November will see them travel to the Los Angeles to see Meghan’s mother Doria Ragland, for Thanksgiving.

It is also expected that they will spend Christmas with the Queen in Sandringham, as is royal tradition.

A royal source told the Sunday Times that after completing a full schedule of engagements until mid-November they plan on taking “much needed family time”.

Harry and Meghan visited Africa last month, a trip that included a journey to Botswana.

The pair fell in love there while “camped out under the stars” when they began dating in 2017.

Harry, 35, visited the African country last month and is thought to have started the search for their dream property.

A source said: “They would love to build a traditional bush lodge, constructed by locals, bringing work and trade to the land.

“There has also been talk of a local school being built as well.

“Most importantly they want somewhere where they have complete privacy and will not be disturbed.”