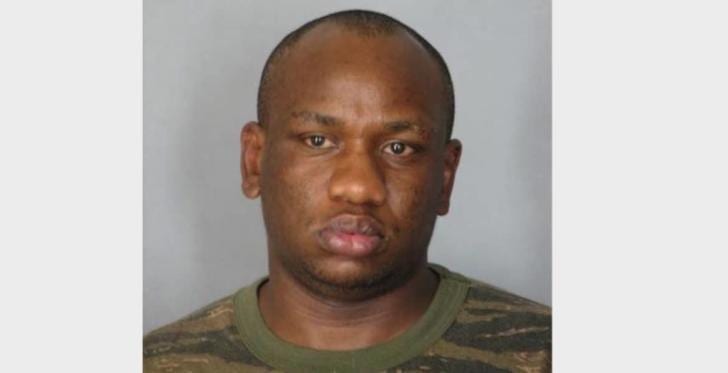 A US court has issued a warrant of arrest for a man of Kenyan descent for allegedly sexually assaulting a cellmate while being detained in the ICE (Immigration and Customs Enforcement) section of the York county jail in February.

Clifford Kamau Ibirithi, 34, is accused of sexually assaulting and choking a cellmate to unconsciousness.

The victim recounted being unconscious for three minutes and when he came to, he was on the floor with his pants off.

On the night of February 21, the victim said, he woke up to use the bathroom when he felt pressure on his neck and figured it was a choke-hold.

But Ibirithi told the police that the act was consensual.

Medical reports do however confirm that the fluids collected from the victim match DNA samples taken from the accused person.

The complainant also suffered bruises on his ear, neck, and legs. He also had multiple lacerations and abrasions in the rectal area.

Ibirithi who has since been released from York ICE detention is also facing sexual assault, strangulation, involuntary deviate sexual intercourse, assault by prisoner and aggravated harassment by prisoner charges.

Court documents also show that the former immigration detainee is being charged with the second-degree misdemeanor of simple assault.

Ibirithi who has in the past been convicted for shoplifting and driving under the influence in Delaware could be living in Tacoma, Washington.

By Eva Nyambura
Source-kahawatungu.com
Kenyan man in US Charged With Sexually Abusing Cellmate

Revealed: Killers of Sharon were to be killed in cover up

Video:Uhuru Recounts How He Got Bullied in Boarding School, Despite Being The…

After 16 years in US, Pastor Maina and his wife going back to Kenya