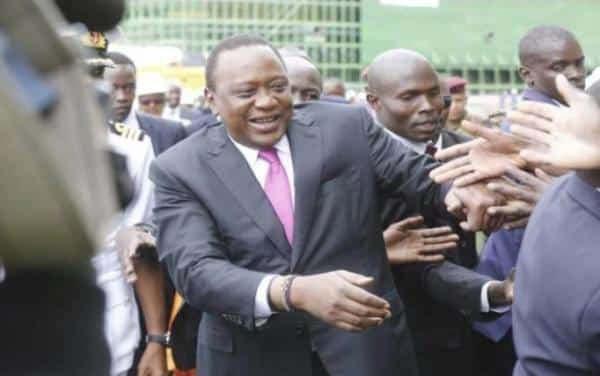 The President who was expected to attend a thanksgiving ceremony at ACK Kenol Cathedral in Murang’a opted to send three Cabinet Secretaries instead.

This move did not rest well with the residents since they highly anticipated his arrival in the area.

The attendance of Cabinet Secretaries Fred Matiang’i, James Macharia, Joseph Mucheru among other leaders including area senator Irungu Kang’ata did not seem to matter.

“Too sad that a president should do such. At least an explanation should be given” Posted Kinyua Maurice, a Facebook user.

“Akae si lazima aje” (Let him be, It’s not a must for him to come) added Muiruri Ali.

Others came to the President’s defense saying that, his support for the course was enough and his presence was not important.

“The money was brought and that’s what was important” insisted Francis Kinyanjui.

President Kenyatta was invited to the event in March 2019 when area Bishop Julius Karanu and Senator Irungu Kang’ata visited statehouse.