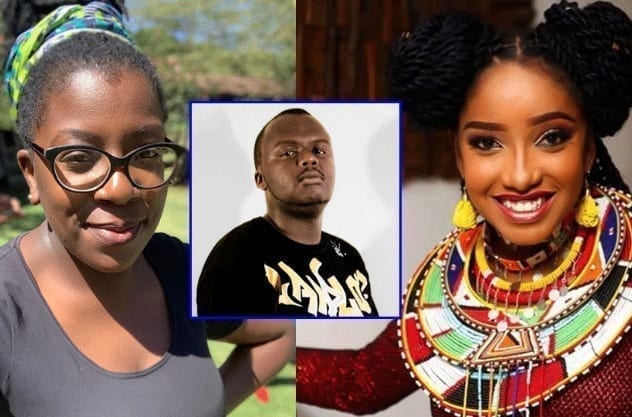 The stigma surrounding mental ill-health and other related issues have often, according to medical practitioners, been a contributing factor to many Kenyans shying away from seeking help.

And in turn, projecting it into one of the contributing factors to rising numbers of suicides in the country.

It is thus laudable when celebrities step forward and narrate their struggles with psychological and emotional triggers and reveal how they coped with it and their path to recovery.

The boxing ace was diagnosed with Schizophrenia in 2012 and since been in and out of hospitals as she tried to shake it off while bogged down by instances of neglect, drug abuse and financial ruin.

According to her mother Getrude Auma, the illness has taken a toll on her daughter’s wellbeing and become a painful episode to watch as ‘Conje’ sunk deeper.

“I have been called names. I have lost friends. People have wished that my daughter was dead. I have seen it all, but I believe God and expect a miracle. Some people took advantage of the situation and started making money from her condition. We know of people who visited us, took pictures with her and used them to make money,” she told the Nairobian.

In January 2019, TV girl Anita Nderu opened the lid on the perceived taboo and revealed that she contemplated suicide after a serious bout of depression.

A phase, the media personality revealed, was caused by negativity directed at her by people well known to her.

“I cried myself to sleep and cried every morning, my eyes were always puffy. I would RSVP yes to events, hire gowns etc. then not go cause I did not want to be around people plus my eyes were puffy and I didn’t want to answer all the are you okay questions.

“The people who caused all this, still sleep soundly at night, I don’t get how but they do. To each their demons right?”

Whilst she still experiences episodes of it, the secret, Anita Nderu confessed, was having self-love and promoting zero negative vibes.

Born Meme Hadhija, the iconic Bablas hitmaker sank into depression and thought of committing suicide after his wife and mother of his child left him in 2018.

Speaking to Radio Jambo, Mejja narrated that she packed her bags and left him via a text message just as he was coming from signing a mouth-watering deal.

“There was a friend of mine who would come and we would hang out and when the suicidal thoughts crossed my mind we would start talking about stuff like football so he kept me busy and away from my thoughts. But the problem was at night because the negative thoughts would creep in when you are alone. I rarely slept at night,” he said.

In his own words, depression is a serious condition;

“I’ve realized that you cannot fight depression with money but with self-love, love from friends and family and always get someone to talk to.”

The two estranged lovers have both had a share of depression.

Married in a private ceremony at the AGs office in Kenya in 2013.

Tina and Masanduku had a whirlwind romance before all hell broke loose amidst allegations of abuse that resulted in divorce and a subsequent restraining order.

According to Kaggia JB manipulation and negligence, almost drove her to an early grave and the open arms of alcoholism.

When she walked away with their two children, she never looked back and started life on a new slate.

“He doesn’t know where we live. He doesn’t know about my son’s school. Anyone who has their doubts should ask him to produce any receipt of any contribution he has made to the children’s upkeep,” she stated.

But to JB, the squabbles and fallout was to him also the las straw; a dark patch that, he said, he is slowly rising from.

“I’ve had moments of great anxiety; I’ve had a couple of depressing moments,” narrated the talented BBC journalist as she explained her social media absence three months ago.

In a candid post, Muriuki shared that she took a break after struggling with depression and body image bolstered by, among others, her demanding work.

According to the former K24 presenter, she had “not been okay” and only sought solace only in her work as well as sleep.

“You know what, I’m understating it when I say depressed moments it sounds like I felt down for about three minutes and sixty-three seconds and that’s not the case.

“I’ve had periods of days and days turning to weeks that I’ve just not been okay and because I’ve not been okay, I have not had the motivation to do much other than work and sleep.”

Comedian Anthony Njenga aka Njenga Mswahili died dejected and broken according to close confidants after over three years of mental anguish and poverty.

Found dead about a month ago at Dagoretti South, Mswahili had confided to Eric Omondi that he was battling depression.

“This has hit closer home for me. This is someone I knew and experienced his struggles. I also blame myself because of the assumption that I had that he would get better. Being a man, I think the saying ‘jikaze wewe ni mwanaume’ played a role in many not listening to him,” said Omondi.