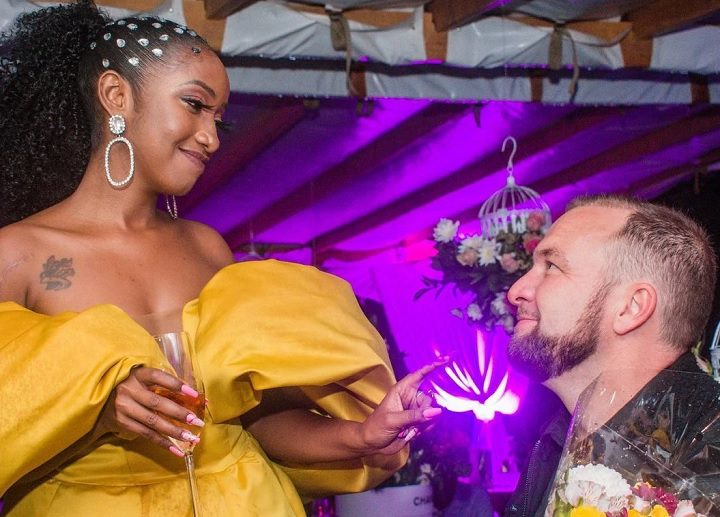 Reports indicate that Anita and her Mzungu boyfriend officiated their relationship over the weekend in private traditional ceremony that was highly guarded from the public eye.

Ruracio’ is a Kikuyu term for Traditional Bride Price Ceremony. Basically, the groom and his family take a token of appreciation to the bride-to-be home.

The Ruracio was graced by family members and close friends among them; actress Sarah Hassan who was part of the Brides maid team.

Taking to social media, Hassan thanked everyone who wished her a Happy Birthday, stating that she spent her weekend celebrating her favorite people “Anita and her boyfriend’.

“I may not have seen all of your wonderful birthday wishes yesterday but I am truly grateful🤗🙏🏾❤️ Sending you loads of love❤️❤️ Spent my birthday celebrating one of my favorite people ❤️❤️ #TraditionalWedding#Bridesmaid 🤗❤️💛” shared Sarah Hassan.

Reports indicates that Anita will walk down the aisle (White-wedding) on September 9, 2021 in an invites-only ceremony.

Anita Nderu first introduced her Mzungu Bae to the public on February 10th, 2021, while sharing photos from her exquisite Birthday Party.

Minutes later, Ms Nderu opted to hide the image from her timeline after it elicited wild reactions from Kenyans. Later on, she brought back the photos in question, confessing her love to her new man.