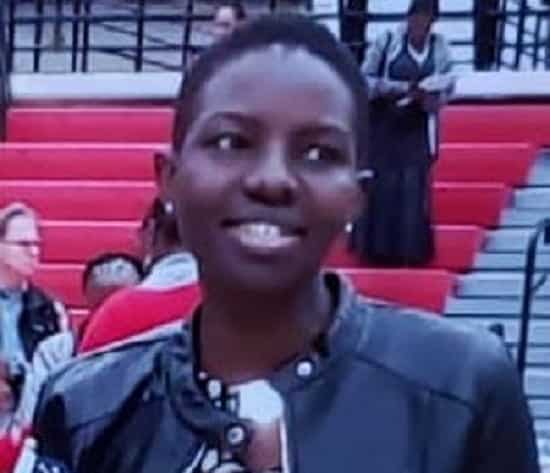 It is with humble and sorrowful acceptance that we announce the untimely death through murder of our dearest friend Janet “Jay” Oyuga.

Janet and her sister Angela were attacked at their home that they had recently bought on auction. In their kindness they had continued hosting the previous homeowner (the suspect) who had no where to move out of respect for her old age.

The assailant murdered Janet at the home and hid in wait for the sister Angela to get home from her late shift.  Angela, unaware of what had transpired, was shot on the back as she was walking up the stairs. Janet was pronounced dead by law enforcement at the scene.

Fortunately, we did not lose Angela and she is recuperating at Harborview Hospital in Seattle.
We humbly request your prayers and financial contribution as we raise funds to send Janet’s body back to her family in Kenya and meet other funeral costs.

In addition, with the nature of Angela’s injuries, we would like to get Angela’s sister to come over and help take care of her as she will not be able to work for a while. This is a very complex case and needs legal counsel to ensure justice for our sisters in this heinous crime.
If you can help financially, please send your donation via CashApp at :
Pauline Tabu 206 929 9803 $olewe
Pastor Festus Gumbo $FestusGumbo 425 443 9187

FULL STORY BELOW AND VIDEO BELOW:

Rich Ugandan charters Airbus A330 to fly to US for medical…

Police: 85-year-old woman in custody after killing roommate, shooting another

FEDERAL WAY, Wash. — A shooting in Federal Way has people in the neighborhood calling what happened “bizarre.” Even police are calling it unusual.

Federal Way police say an 85-year-old woman shot both of her roommates, who are women in their 30s, and killed one of them. They’re still working to figure out why the shooting happened.

Neighbors say they heard shouting, then four or five shots fired around 1 a.m. Thursday in the 2000 block of SW 306TH Lane.

“It’s frightening when something like that happens so close,” said Toni Gish, who didn’t hear the gunshots but lives nearby.

One neighbor said she weighs 97 pounds and that he would help her down the stairs.

What happened has them in disbelief.

Federal Way police say they are still trying to figure out if Jenne shot in self-defense or if she attacked her roommates.

“We’re not going to make a determination on arresting until we can figure out more down the road – to determine if she’s a suspect or victim,” said Cmdr. Kurt Schwan with the Federal Way Police Department.

One of the women was shot in the chest and rushed to Harborview. Another woman died at the scene. Police initially said she died from blunt force trauma, but later said she died from a gunshot wound. The King County Medical Examiner was on scene about 1 p.m. Thursday.

Federal Way PD say an 85 y/o woman shot both her roommates overnight, killing one of them. They are women in their 30’s.

Earlier, police called the older woman a “suspect” but now say new information may change that. They’re investigating IF this was self defense. #KIRO7 5p 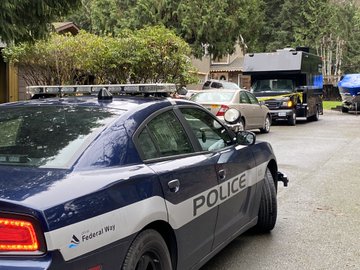 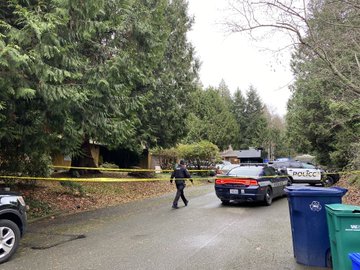 Police initially said Thursday morning that it appeared Jenne was attempting to commit suicide by strangulation after opening fire – but now say new information has them still investigating if that’s the case.

“We thought we had a good grasp of the situation when we put out that preliminary information,” Schwan said. “There’s still a lot of questions to be answered right now,” he said.

In video from overnight, you could see an older woman being loaded up into an ambulance. Police said they have not had a chance yet to formally interview her. As of Thursday evening, she was at an area hospital.

Neighbors said in recent months the house was foreclosed and went to auction.

They say the two younger women moved in about a month ago. Online records confirm an investment group bought the home from the bank.

Police say the case is so complicated that detectives need to come back to the scene Friday morning to continue the on-site part of the investigation.