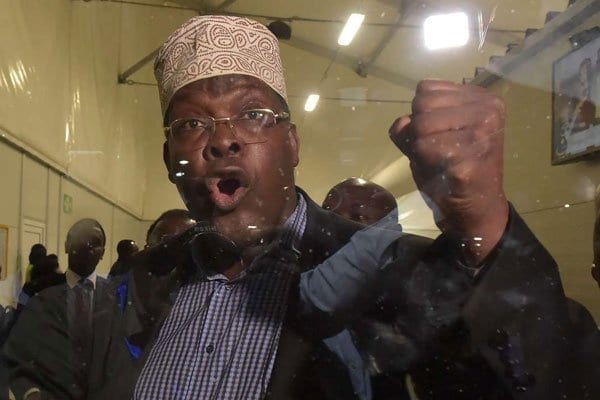 Lawyer Miguna Miguna has apparently booked a ticket back to Kenya ahead of his January return.

He captioned it, “Because Justice delayed is justice denied. Viva!”

316 people are talking about this

Miguna announced his return on December 17 as January 11 only to change it later.

“My flight to my motherland will land at the JKIA on January 11, 2020,” Miguna tweeted.

Now, opposition leader Raila Odinga’s former aide will be making a third attempt at gaining entry into the motherland on January 7.

Anticipating another round of ugly confrontations with the authorities, Miguna made a list of those to be contacted should anything happen to him on his way back.

Miguna was first deported in February 2018 over his role in the Raila’s mock swearing in as the People’s President.

Now, the firebrand is a fierce critic of Raila and President Uhuru Kenyatta.