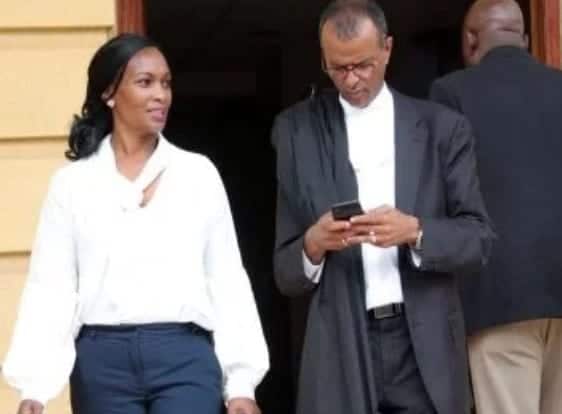 The High Court has allowed wife of slain Dutch tycoon Tob Cohen to collect some of her belongings from their matrimonial home.

Lady Justice Stella Mutuku ruled that Ms Sarah Wairimu Cohen would only be allowed to get particular items from her matrimonial home at Farasi lane, Mugumoini Close in Nairobi’s Lower Kabete area.

The judge directed that the collection of the items should be done under the supervision of officers from the Directorate of Criminal Investigations as well as her lawyer.

“Ms Cohen is allowed to collect her clothes, shoes, handbags and grooming tools from the premise,” said Justice Mutuku.

She added: “The items to be collected shall be the ones deemed necessary to afford her comfortable life under the circumstances of this case.”

While Ms Cohen had requested court to allow her pick the foodstuffs and beverages of perishable nature including alcoholic and soft drinks stored in the kitchen, an office and her daughter’s bedroom, the judge ruled that it lacked the jurisdiction to grant that request.

Ms Cohen had also asked the court to be allowed access to her home and that her motor vehicle be released to her.

She wanted to be allowed to collect all silverware, crockery and crystal glasses in the kitchen drawers as well as valuable electronics including music systems and television sets.

She also wanted the court to allow her get her personal files from her office, books, golfing equipment, all furniture, photographs, artwork, music collection and a lawn mower.

Ms Cohen had further asked the court to direct the DCI to hand over her two Rottweiler dogs named Major and Snow.

She had further asked the court to issue a gag order barring media and other people from commenting about her succession rights to the matrimonial property.

She also wanted the sister of the deceased, Ms Gabrielle Hannah Cohen barred from being handed over possession of the disputed home.

Ms Cohen is facing murder charges following the death of her husband between July 19 and 20 last year.

She was charged alongside Peter Karanja over the murder; they all pleaded not guilty and were freed on a cash bail of Sh2 million each.