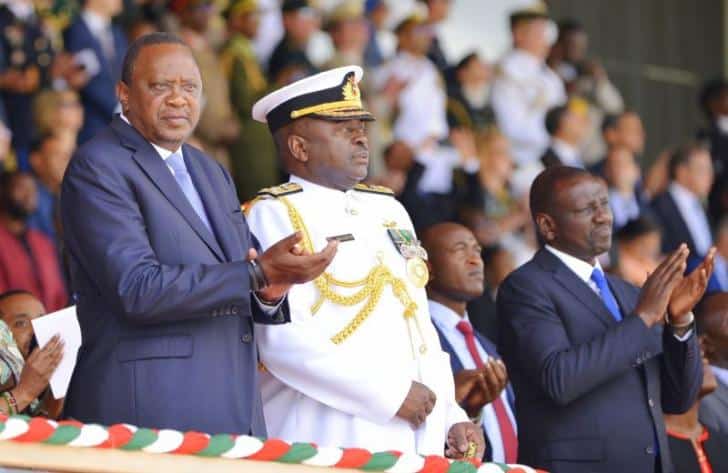 The Standard was told he was on a private visit and could not establish his mission in the one-day trip.His close confidants and communication team remained tight-lipped about the development.The Standard learnt that Dr Ruto travelled with at least four close aides, among them Abdul Mwasera and Kapseret MP Oscar Sudi.

Yesterday, The Standard learnt the DP jetted back into the country yesterday at around 11am.Ruto is reported to have departed from Wilson Airport on Tuesday morning aboard a private jet belonging to Phoenix Aviation, registration number 5Y-SIR.Former Vice President Kalonzo Musyoka confirmed he briefly met the DP at Khartoum airport but denied they had a planned meeting.

“I was on my official mission as the Special Envoy in South Sudan and we just bumped into one other with the DP at Khartoum airport,” said Kalonzo, who is Wiper party leader.Kalonzo revealed that the DP told him he was on a private mission and thereafter took a flight to another destination.

“Nothing pre-planned happened. There was no meeting at all. It is a desperate attempt to say the meeting was pre-planned. The DP was in the company of Kapseret MP Oscar Sudi. Also present at the airport was Kenya’s ambassador Chris Mburu,” Kalonzo said.He disclosed that they were even marooned at the airport over the escalating security situation in Sudan and their movement restricted. Kalonzo said he thereafter flew back to Juba, South Sudan.

On Tuesday night, when The Standard learnt of the trip, officials in the DP’s office contacted either declined to respond or denied knowledge of the foreign trip.The DP’s Communication Director David Mugonyi neither answered our calls nor responded to short text message.Mugonyi’s deputy, Emmanuel Talam, however, asserted that his boss was in his official residence. When pressed further on the travel claims, he responded: “Whoever has told you that doesn’t work in the DP’s office.”

Those aware of the trip had termed it private. “It was a private trip by the DP. We don’t know what he was doing there,” said an official aware of the development.Another official said the DP is pursuing business interests in Khartoum and beyond.The DP had on December 23 taken a two-week New Year holiday trip to Botswana to spend time with his family.Ruto is said to have not met the president since he returned from Botswana.

On return from Botswana, he went to Nyeri to attend the burial of Martha Kirigo, mother of Mathira MP Rigathi Gachagua on January 8.It was at the burial that Ruto defended President Uhuru Kenyatta from claims he plans to cling to power after 2022 elections.The DP said Jubilee Party had no plans to change the Constitution to remove the two-term limit for the president.

The then Agriculture Cabinet Secretary Mwangi Kiunjuri, who was present, said the Mt Kenya region should not break the covenant it made to support Ruto in 2022. Kiunjuri was sacked on Tuesday.

Kikuyu MP Kimani Ichungwah said the region should stick with Ruto.“The politics of deceit should not creep back and we as leaders have remained honest that the region made a commitment to support DP,” he said.

But Ruto’s statement on Uhuru drew furious reactions from David Murathe, who quit last year as Jubilee party vice-chairman to mount a ‘stop Ruto movement.’Murathe challenged Ruto to take on Uhuru for the Jubilee leader’s position if he wanted to lock him out from Prime Minister’s position should the Constitution be changed to accommodate new posts after 2022.[By Roselyne Obala, Cyrus Ombati and Moses Nyamori]