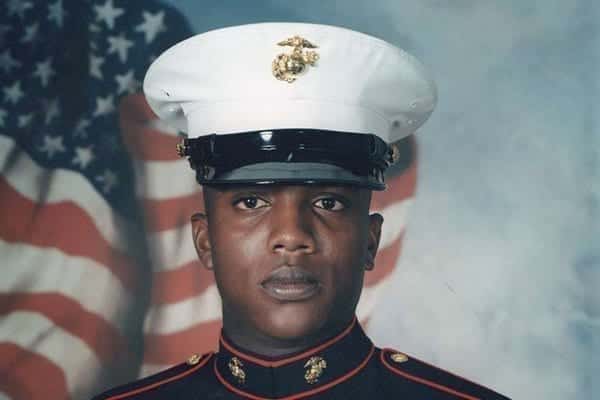 What’s in a name? Everything. That’s what Boddie Kimeria, who’s had to live with a tainted name and reputation, has come to painfully learn.

He just wanted to do a job he loved, and he thought he had landed the dream career, but this is where the nightmare began and is now in its third year.

The 38-year-old security expert and US Marine veteran spent 13 years in the United States having served in the US military for eight years – four years in active duty and four years as a US Marine reserve officer.

Afterwards, he would serve in different capacities in multiple organisations in the United States before coming back to his homeland, Kenya, in 2014.

At first, he decided to work in his father’s business. Then he opted to follow his dream of working in the security sector.

“I wanted to go back to my passion, which is security. I realised the security in our country is very subpar and inefficient. Remember, this was in the aftermath of tragic security disasters like Westgate, Mpeketoni and Garissa University terrorist attacks.”

So he started the job hunting mission, which came to an end when he was referred by a friend to an upcoming airline company that was starting operations in the country.

With his impressive credentials, he was finally able to secure a job interview. “I was interviewed for the position in November 2016 and slated to start the job in January 2017 as head of the security department in that aviation company.”

The firm had not started operations and was still recruiting staff, who included pilots and cabin crew.

As head of security, he was tasked with the responsibility of conducting background checks on prospective employees as well as creating a manual for security and safety strategies.

Due to the nature of his job, he was included in the recruitment panel.

“There were roughly 30 people selected for interviews. They included 20 crew staff and around 10 pilots.”

On the other hand, he says, the prospective employees were required to go through work training.

They needed to pay a certain amount of money to train under the airline.

The company would, in turn, make arrangements for them to join the training programme, which the organisation was conducting in conjunction with a training institution. Supposedly.

“So some of the selected interviewees deposited a certain amount of money that I was unaware of in the bank account owned by directors of this particular company.”

But as days went by, things began to look bleak as this planned training never materialised; while on the other hand, the employees, like Boddie, who were already on the job, didn’t get their salaries.

“Being head of security, I was the point of contact for the prospective employees, where they would ask me questions and I would take them to the directors.

“However, it reached a point where even I couldn’t get the answers, and furthermore, I too hadn’t been paid my January salary.”

As time went by, the prospective employees became impatient and so he offered to help by arranging a meeting with their representatives as it now seemed like the job offer was a scam.

“The meeting was scheduled for February 22, 2017 at a place in Nairobi West. The purpose of the meeting was to come up with a plan of action to take against the directors of the company.”

Little did he know it was a setup. “I think the aggrieved parties had agreed to set up anyone in the management team and have them arrested so as to get them to the directors who were the actual culprits… Since I was the point of contact between the employees and the directors, I was the easy target.”

He had been with the organisation for barely one month.

The next day after his arrest, an application was submitted at the court for him to be held pending investigations and come up with a strategy to go to the police to have the necessary parties arrested.

He was held for four days during which he helped the Directorate of Criminal Investigations (DCI) catch the directors of the company, which meant that he became a free man.

He even had a clearance in form of a court order from the Milimani [Magistrates] Law Courts, giving instructions for the DCI to release him after lack of any evidence to charge him.

But he was not completely off the hook. The media captured the events while the directors were being arraigned in court, but also went ahead and mentioned Boddie’s connection with them.

The issue was that the DCI had requested for him to be held for a few days.

Unfortunately, some of the media reports also wrongfully identified him as the CEO while he was just an employee.

He was not a director and did not have access to the said back accounts.

He was acquitted to be a witness, but never got to testify since the DCI had enough evidence to charge the directors of the company.

“There were other employees holding management positions within the company, but I was the only one mentioned in the media despite the fact that I neither had access to any money nor any of the bank accounts that the payments were made to.”

For this reason, Boddie’s name has remained tainted. He continues to suffer because of his links to the firm.

His attempts to seek employment have hit a dead end, as it has proven impossible to convince potential employers about his innocence.

“My name is in media articles and I guess whenever I’m searched online, that is what pops up.”

He has had several job interviews dismissed with prospective employers terming his links with the firm as the reason.

“I’ve had organisations which were kind enough to call and tell me to clear my name first. I even remember I secured an interview for the position of a security analyst with a certain embassy in Nairobi, but three months later they wrote me a letter and said despite having qualified, they couldn’t give me that job as they had their own reservations.”

Some companies didn’t even bother to respond.

It’s difficult earning a living even through business. Immediately someone does background checks and sees his name linked to this company, they back off.

“There was even a time I had issues trying to open a bank account.” Boddie has been married for a year.

He depends on short-terms gigs to support his family, but these have not been consistent so he does not have a constant source of income.

He hopes that his name and reputation will be restored one day to allow him to live a normal life.

DEVOTION:God Has Your Best Interest!