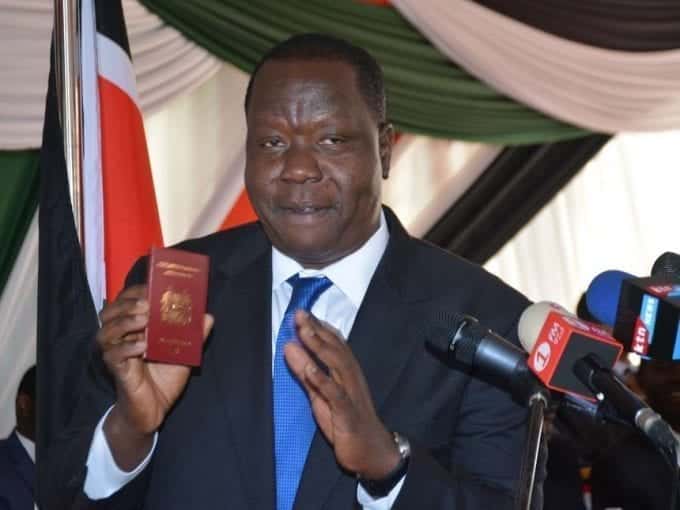 The government has yet again extended the deadline to travel on the new e-passport to March 1, 2021, for all Kenyans.

Interior Cabinet Secretary Fred Matiang’i on Monday said that 1.8 million Kenyans, mostly in the diaspora, are yet to renew their passports.

“We note with concern that 1.8 million Kenyans, mostly in the diaspora, are yet to replace their old passports with the East African Community biometric e-passport,” he said.

According to Matiang’i, the government is progressively phasing out the old ordinary passports as part of Kenya’s commitment to migrate to the new-generation e-passport following ICAO specifications.

“Due to this, the government hereby extends the deadline for voiding the current dark blue machine-readable passport by 12 months. As such, its holders may continue using it until March 1, 2021, when it will no longer be valid for travel,” said Matiang’i.

The government has set up four passport control centers in Nakuru, Kisii, Eldoret, and Embu, and six others in the diaspora.

Three centers will be in Europe Europe (Berlin, Paris, and London), one in the US (Washington DC), another in Johannesburg, South Africa and one more in Dubai.

Matiang’i added that the government is working towards making it possible to get the e-passport within a day.

It is the second time the government is making the extension. President Uhuru Kenyatta had last year extended the deadline to this March.

The government had previously announced that the old passports would be invalid beginning last September, 2019 causing a scramble and last-minute rush which forced the government to extend the deadline to March 1, 2020.