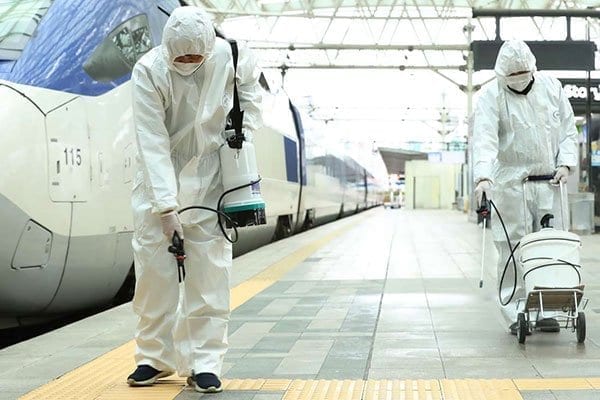 WHAT AFRICAN LEADERS MUST DEMAND IMMEDIATELY FROM IMF.
The on going Coronavirus epidemic, has hit both poor and wealthy nations. Given the structure of the wealthy nations, they have been able to take decisive steps, such as paying the employees who are unable to work and providing various financial mechanisms to support their companies.

I have also, read that, David Ndii, is proposing some life fund and IMF funds. I do accept a life fund is required. This lifeline fund will work better if the proposals I outline below are in place. Without them, Mr. Ndii’s life line fund will not work. At the same, I note that, Mr.Ndii, as usual, is recommending austerity measures.

I respond to Mr. Ndii that, if austerity worked, it would have saved the Roman Empire. It did not. So, I entirely, reject any austerity measures as amounting to genocide against the African people at this critical hour.Thus, in my view, with utmost respect to Mr. Ndii and the Ethiopian PM, I propose that, their proposals amount to unacceptable timidity when bold and decisive actions are required.

Without going into details of the complicated aspects of the post 2WW international financial
archicture and its flaws, I wish to urgently call upon the African leaders and perhaps Asian leaders, and I would urge the Kenyan President Kenyatta to take the lead in demanding as a matter of urgency the following steps from the IMF and the World Bank (the West):

1. That, there be immediate and unconditional easing of the foreign asset reserves requirements
by the IMF for the African governments. The easing of the reserves adequacy will enable
the African governments to create the necessary credit for public health and overall
economic response (Mr. Ndii’s lifeline funds) without triggering currency crashes which will
make things worse. A crushed currency at this time anywhere in the world, puts the whole
world at danger.

2. If the first demand is unacceptable by the West, then, the African governments must demand
an immediate creation sufficient Special Drawing Rights (SDRs) by the IMF. Thereafter, the
African governments can use these SDRs to get dollars they desperately need at this hour.
Given the distribution of the SDRs is governed by each nation’s quota, the African
governments will get peanuts. To remedy this, the IMF rules on allocation of the SDRs
should be amended immidiately for the purpose of this epidemics.

3. That, the IMF should approve capital controls measures including suspension of dollar
converibility. In the last 8 weeks, around $88 billion have left the developing world. This
trend is not sustainable. With such dollar outflow at this time, the African governments will
be unable to create the necessary credit to prevent a total meltdown of the African
economies.

4. That, all African stock markets should be closed forthwith. At this hour, they only aggravate
the situation by allowing the dollar to flee when we are in the greatest hour of need.

5. That, if need be, the African governments should requisiton all foreign currencies in their
territories to meet the urgent medical needs.

6. That, the IMF and World Bank, unconditionally and immediately accept a debt moratarium
for all foreign currency denominated debts by both the public and private sector. African
people cannot be expected to repay when there is no inflow of dollars from tourism,
remittances or exports. For instance, the tea auction in Mombasa has for all intents and
purposes has failed since last week.

7. That, given the crisis we are in, there should be a curb of on external debt payments in
future. As such, no African government should be use more than 5% of its export earings to
pay external debts. At the end of 2WW, Germany, which was not as devasted as Africa is
today, was offered this deal. The only reason why Africans have denied similar deal is
because of racism. This crisis should allow the African leaders to demand an end to this
global racial apartheid.

8. That, all Africans should have the power to suspend international debt payments going
forward. Again, at the end of 2WW, Germany was given such powers. It is time Africans
demand the same treatment.

9. That, going forward, African governments should be allowed to pay their debts in their own
currencies. Once again, Germany was given this option. It is time Africans demand similar
treatment.

10. That, this crisis provides the African governments a golden opportunity to come forward
with robust industrial policies. Africa is greatly exposed because, it has been sold the
delusion of importing all its manufactured goods from foreign nations. We know that, UK
and the EU, faced with this crisis, have banned exports of essential medicines and
equipement.

Since Africans have been told to be importing, what do they do now? It is
extremely concerning to see how lives of millions of African people is being disregarded.
This must not allowed to continue or happen again. While at this issue of industrial
development, I must note that, this will be impossible without radical reoganisation of our
African central banks. For too long, our African central banks have hidden behind mumbo
jumbo of price stability to evade and avoid their role in the development of the African
nation’s productivity.

The reforms of our central banks will be more difficult because, our
lawyers, totally ignorant of fair and fundamental principles of political economy, have
entrenched anti development central bank legal structures in our constitutions. These legal
structures, enacted by our own lawyers, have permanently subjected the African people to
domination by foreigners.

This requires an urgent rethink. We cannot go back to business as
usual. To do so, is to court disaster. And, let no one cheat Africans that, foreign capital will
ever develop Africa. It will not.

WHAT IS LAND BANKING AND WHY YOU SHOULD BE DOING IT

THE STORY OF A KENYAN SWIMMER WHO IS WELL TRAVELED