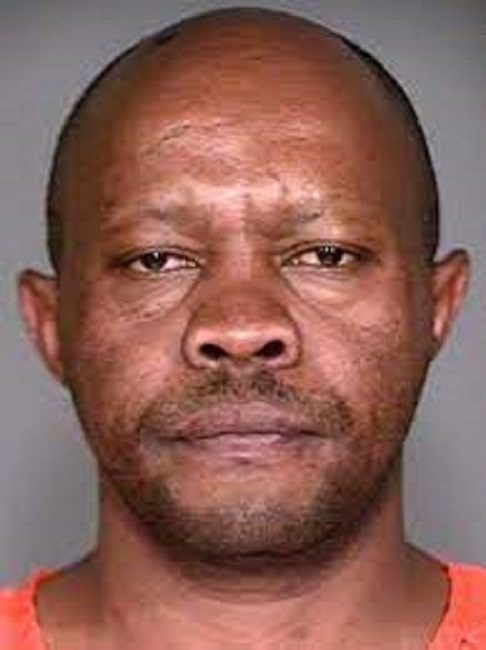 Kenyan-born man is staring at the possibility of being hanged for allegedly killing more than 22 grandmothers at care homes for the elderly in the United States.

Billy Chemirmir, 47, was born and raised at Kabunyony village in Eldama Ravine, Baringo, before moving to the US in the 1990s after his elder sister secured him a visa.

But today, he is cooling his heels at the Dallas County jail after he was accused of suffocating at least 22 old women at independent living complexes in Dallas, Texas.

He has been charged with the capital murder of 14 senior citizens while families have separately accused him of killing eight more grandmothers in care homes.

Some families of the murder victims have sued the company that owns one of the homes, The Tradition-Prestonwood, claiming it had failed to protect the residents.

His alleged victims include Juanita Purdy, who died in July 2016, and Leah Corken, who died in August 2016, according to TheDallas Morning News.

According to Dallas police, the string of murders was committed at various care homes, including seven at at Preston Place home, dating back to 2016.

Police say the accused posed as a maintenance worker to gain entry into apartments and homes before smothering residents with pillows and stealing valuables to sell online.

A screen grab of the Preston Place website. Seven of the murders are said to have taken place there. PHOTO | Prestonplaceretirement.com

Investigations into the loss of the valuables, which included gold chains and rings, blew Chemirmir’s cover as detective made a major breakthrough in their investigations in 2018.

Police say Chemirmir was arrested after he was spotted dumping a gold chain into a dumpster after realising that detectives were pursuing him.

Chemirmir, who was locked up in prison after failing to raise bail of $11.6 million (Sh1.18 billion), faces the death penalty if convicted.

In Texas, capital murder carries either the death penalty, or a life sentence without parole.

And even though prosecutors reserve the death penalty for crimes deemed especially heinous, legal pundits says Chemirmir’s goose is already cooked because beyond the courts, the case has seized the national imagination with different parties citing it to suit their arguments.

The case has been getting complicated by the day as new victims spring up and new suits are added on to the previous ones.

In most of the new cases, the cause of death had been indicated as natural but families now believe Chemirmir killed their grandparents.

For instance, a new suit has identified two more alleged victims of smothering.

Chemirmir was arrested in March 2018 after Ms Harris was found dead in her home with a pillow near her, and her make-up smeared on it.

According to Dallas police, during a surveillance prompted by a relative’s suspicion, the police found Chemirmir throwing some items into a dumpster.

“During the arrest, Chemirmir was holding jewellery and money. In the dumpster, the officers found a jewellery box containing jewellery and a woman’s name. They were able to associate the name to an address in the city of Dallas,” the police report says.

Chemirmir was taken to Dallas police headquarters and interrogated before a capital murder warrant was obtained and executed for the suspect with a bond.

Detectives also started tracking the suspect’s activities after two other families reported they suspected he had been responsible for the deaths of two other old women.

BY HARRY MISIKO and CHRIS WAMALWA