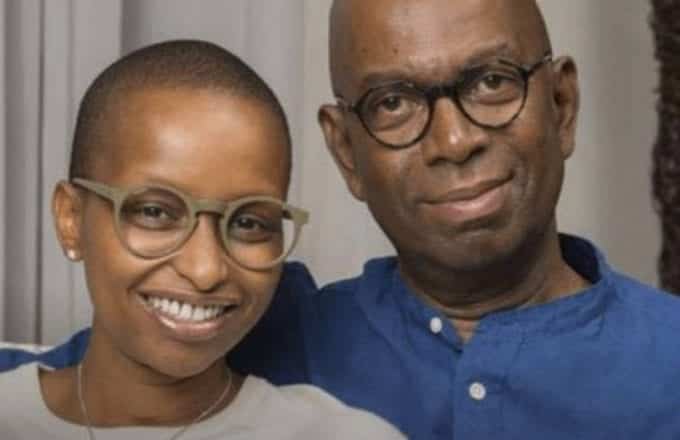 Months after losing her husband Bob Collymore, Wambui Kamiru has disclosed that she suffered a temporal loss of smell days after he succumbed to Acute Myeloid Leukemia on July 1, 2019.

Wambui, who has been sharing a series of touching tributes to the late Safaricom CEO, revealed that it has not been easy dealing with grief.

“The brain is interesting. My sense of smell has been gone for a number of months. This is linked to grief. Initially, it frustrated me. Then I just accepted the process,” she tweeted.

Celebrating that she can now detect one or more smells, Wambui pointed out that her nose, for instance, registers the smell of burnt toast as that of rose petals.

“Today it came back. Albeit a bit wonky e.g. burnt toast smells like rose petals. Still, I am grateful,” she added.

In a previous post, Wambui shared that she still dreams of him, “At least in my dreams, we still sit across each other at dinner parties. #notesonabsence.”

She added: “To walk around with the ever-present knowledge that something is missing. Not misplaced. Not lost. But missing.”

Bob Collymore died in 2019 at the age of 61 at his home in Nairobi after a long battle with AML. He had in late 2017 taken a nine-month medical leave to undergo cancer treatment in England and returned to Kenya in July 2018.

Prior to his sudden passing, the Safaricom Board had granted him a 1-year extension in May that year.

According to close confidants, Bob had, at the time of his death, made peace with his fate.

“He kept saying “look, I have lived a good life. I have some regrets; it’s not a perfect life, nobody is perfect, but I am ready now, I am ready”,” recalled Jeff Koinange during a breakfast TV show.

The two wedded in 2016 in an invite-only affair held at a private residence in Kitisuru. The ceremony’s simplicity despite his eye-watering Sh16million salary as per the firm’s 2018 annual report, caught the attention of many Kenyans.

Responding to critics who chastised her over tribe, Wambui tore down critics, in a hard-hitting Facebook post.

“My marriage to the man that I love and respect had some interesting effects on the conversations on Twitter and Facebook (these may be obsolete by the time you are reading this). However, for a few days there, lots of Kenyans talked about “tribalism” and some admitted their desire to leave and go to another country because of how unbearable it can sometimes be to live in a society where people first judge you by your “tribal” origin.”

“A lot of people refused to be part of the conversation, arguing that it should no longer matter. These people are the reason why we will still have a country to call home,” read part of her message.

Bob was interred at the Kariokor Hindu Crematorium on July 2 at an exclusive event attended by family and friends.