Valentine Nekesa was just an average girl going about her business until she won at Blaze Be Your Own Boss competition in 2017, walking home with Ksh3 million in capital, and Ksh2 million in the form of mentorship, financial advice, and business support.

Nekesa’s victory was as a result of her own venture identified as V-Design, sometimes referred to as Nekesa Queens Ltd, a fashion house which she founded at the age of 17, immediately after completing high school.

During an interview with The Standard, Nekesa was raised in a large family and after her mother died, she was adopted by her uncle and aunt, Cotu Secretary General Francis Atwoli and his wife Rosalinda.

Nekesa told the publication that while she had always been interested in fashion and even had a sketchbook with designs, her ideas only took off after she sat her KCSE exams in 2014.

“Any time there was an event, people would come to me to design something for them, or they would send their friends to me. This support from my family and friends was a real driving force when I was considering building a business.

“Just after I sat my KCSE in 2014 and was thinking about getting serious with fashion, a friend asked for an outfit. I only had Ksh 1,000 with me, which I used to buy fabric at Ksh 450 and the tailor charged me Ksh 500,” she recounted.

Nekesa told Bizna Magazine in January 2018, that what makes her company stand out is the fact that she had focused her creativity on designs specifically tailored for the plus-size community.

“V-Designs is a fashion house for plus size women whom we usually refer to as ‘tripple C’ (curvy, confident, chic). We sell a feeling and confidence. That’s what differentiates us from our competitors,” she stated.

One of her biggest achievements is a nomination on Top 40 Under 40 Women in Kenya in 2017, where she was ranked at position 14. 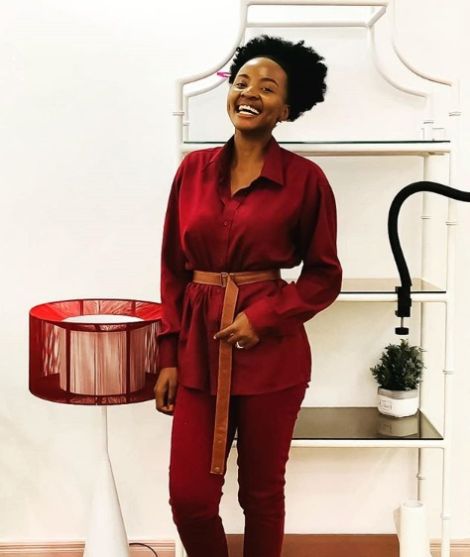 Valentine Nekesa rocks a red jumpsuit during a photoshoot in February 2020.
INSTAGRAM

In 2015, she enrolled at Mount Kenya University (MKU) where she pursued a degree in information technology (BIT). 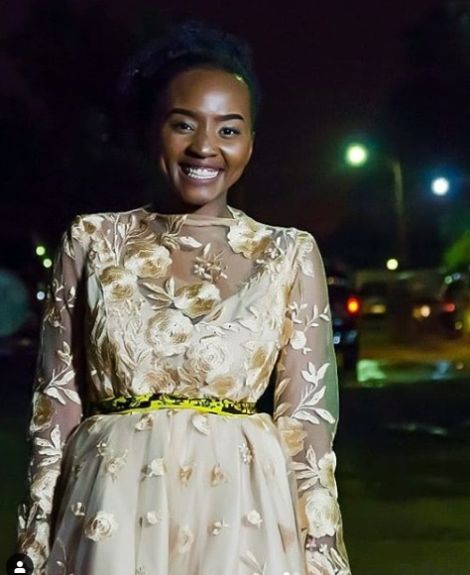