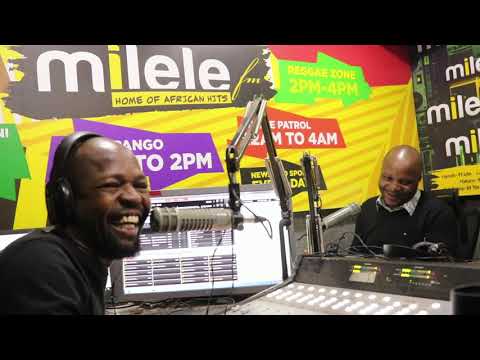 While the host has remained mum on the upcoming event, his friends and colleagues have taken to their social media accounts to circulate a banner with the party details.

“My brother Alex Mwakideu turns forty this Friday! Are you invited? 4 pm to 4 am, forty friends, fourth-floor club, 40k entry! This Friday it will be chaos! Happy birthday bro in advance!” wrote popular entertainer Jalang’o.

The banner confirmed that the expensive party is expected to take place on March 6.

Kenyans on Twitter were quick to react to the lavish party, with some expressing shock and humorously mocking the entry fee.

“Hapa tunaingia ki-DCI kama kwa Echesa,” wrote a user identified only as Emmanuel, comparing the exclusive party to the raiding of the former cabinet secretary’s home by police officers.

“40K is enough for my dowry,” wrote Dickens Kerry.

As though on cue to silence the naysayers, the forty allocated spots for the lavish party were sold out in less than forty-eight hours.

The event, which marks a milestone in the popular presenter’s life comes after dark times in the recent past. In May last year, the Milele FM presenter lost his mother just months after his sister’s death.

“For the first time, I’m lost. Totally lost. Totally. I don’t know what to type, what to do, where to start. I am lost. I will miss you, mom. I will miss you so much. And I will love you forever. Thank you for being the best mom ever. Rest with the Angels. RIPMom,” the presenter wrote on Instagram.

“Last evening I looked at my brother Alex Mwakideu’s tears flowing freely. I knew how much you loved mum! Brother accept my condolences to you and your family! Mambo ya Mungu hayana makosa,” wrote his co-host Jalang’o.

Mwakideu, who is the head of radio at Mediamax owned radio station Milele FM started his career in Mombasa’s Baraka FM before joining Standard Group’s Radio Maisha, where he grew a large fan-base in his illustrious eight-year stay. The celebrated presenter hosted the morning show Maisha Asubuhi alongside his good friend and comedian Jalang’o.

The renowned radio- host then moved to his present position at Milele FM, where he re-united with  Jalang’o to host a morning show.

Court To Decide On Friday Fate Of New Security Laws