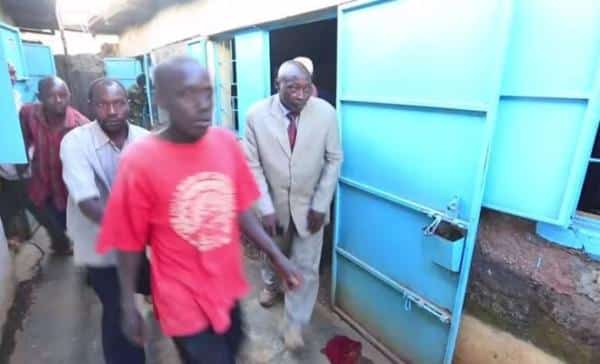 On Wednesday, March 4, Andere stated that he landed in trouble during the filming of one of his popular unscripted pranks on unsuspecting people on the streets.

He approached a group of well-built men walking by and decided to make a joke out of their physique – something that the unamused men did not take kindly to.

“I approached them and made a joke to the camera that contrary to public expectations, those guys might not be muscular, but rather fat.

I also joked that they were not as strong as they pretended to be,” he stated.

Big Fish narrated that he was taken by surprise when the bouncers pounced on him, forcing his cameraman to flee the scene. He, however, stated that he is doing fine after he was taken to hospital and attended to by the medical practitioners who discharged him on the same date.

“The injuries were not too serious so they administered first aid and discharged me, but I am set to conduct another hospital visit today on doctor’s orders,” he informed. He also indicated that he would not seek criminal charges against his assaulters as it was the nature of his business, which he intended to carry on with.

He also revealed that he had received several text messages and calls from numbers that he suspected to be the men apologising over the incident. When the news of his beating became public, many Kenyans came to express their sympathies while others dismissed the incident as long time coming.

Nick was well known for his appearance alongside the Churchill Show comedians Rib Krakaz.

“Our boy today had a bad day in office…guys, no matter how stressful you are out there in the streets, never beat up an artist… Prank ni njia yao ya kutafuta unga wajameni (Pranks are their way of earning a living)… quick recovery Nick Big Fish. It shall be well kaka (brother)…,” he wrote.