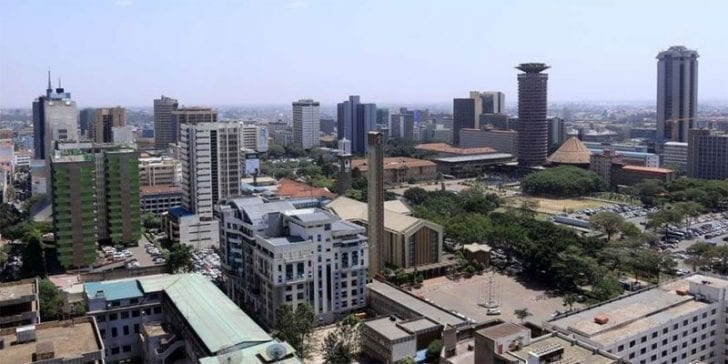 Nairobi’s Gigiri suburb is home to the most expensive houses in the capital as Kitengela emerged as the least expensive neighbourhood in the three months to March, a new survey shows while also indicating that on average, property prices fell for the first time in over a decade.

On average, homes cost about Sh119.3 million in Gigiri, which neighbours the United Nations complex, while stand-alone homes of more than four-bedrooms cost an average of Sh11.2 million in most other areas of the city.

The price guide is contained in a report by HassConsult Real Estate which shows that the home prices, on average, recorded a marginal drop of 0.02 percent compared to a rise of 3.3 percent in the same quarter last year.

The consultancy firm expects a further fall in prices in the current quarter ending in June as the effects of the Coronavirus pandemic — which have led to job losses and closure of some firms — depressed demand for property.

Other estates in the city with pricey houses include Muthaiga at an average of Sh80.2 million per house, Lavington at Sh66.7 million, Spring Valley ( Sh65.6 million) and Ridgeways at Sh63.3 million. Other than Karen and Lavington, most of these neighbourhoods lie squarely in what is known as the UN diplomatic blue zone, which is recommended for expatriates due to higher security.

VIDEO: How Kenyans are now sneaking into Nairobi-‘Panya’…

Gigiri hosts the United Nations Office at Nairobi (UNON) and the embassies of several Western economies such as the US, Canada, Italy, Sweden, Poland, Belgium and Norway. It is also home to numerous embassies for African countries besides residences for various ambassadors and high commissioners.

HassConsult linked the fall, the first since it started tracking prices more than a decade ago, to an oversupply of homes amid reduced demand.

The high-end suburbs, however, generally bucked the trend to record an increase in prices ranging from 0.2 percent in Runda to 4.3 percent in Nyari.

Housing has been one of Kenya’s fastest growing sectors over the last decade, fuelled by a growing middle class, with returns from real estate outpacing equities and government securities.

This fuelled a boom in land prices which have increased nearly four-fold in Nairobi and surrounding satellite towns like Kiambu, Ongata Rongai and Kitengela. In the first quarter of the year, detached houses, the type found in these estates, performed better than apartments in retention of value in the face of pressure from the Covid-19 pandemic, which has disrupted the economy and reduced the incomes of many would-be house buyers and tenants.

Strict zoning laws play a big role in protecting the value of houses in high-end estates by preventing encroachment by apartment blocks and unplanned developments.

“House prices slightly edged up by 0.9 percent over the quarter driven by a mild performance from detached and semi-detached markets which recorded a 1.3 percent and a 0.9 percent growth respectively, sustaining the trend recorded in the previous quarter,” said HassConsult head of research and marketing Sakina Hassanali.

“Apartment prices recorded a slight decline of 0.4 percent over the quarter, continuing a period of price stagnation bringing the total annual decline to 2.0 per cent.” Access to international schools, shopping malls and recreation facilities have also helped push up demand for houses in the estates neighbouring the UN diplomatic zone.

The area is served by several large malls, including the Village Market, Two Rivers and Rosslyn Riviera.

Road access has also opened up in recent years in the northern suburbs following the construction of the Northern Bypass, and the recently completed Waiyaki Way-Red Hill link road.

Similar to the higher sale prices, HassConsult said that Gigiri and Nyari now command the highest rents in the city, with an average house letting at Sh371,000 a month in Gigiri, Sh335,700 in Nyari and Sh321,100 in Runda and Kitisuru.

Satellite towns in Nairobi on the other hand command much lower house selling prices compared to the northern suburbs.

The lowest average selling price was found in Kiserian, Kitengela and Juja, where houses were selling at Sh8.8 million, Sh11.1 million and Sh11.9 million respectively as at March. These satellite areas, which have proven popular with Nairobi’s working class seeking affordable accommodation, were also worst hit by a price decline in the past one year.

Juja led with a decline of 9.3 percent in asking price during the year, followed by Kitengela at 5.6 percent while Kiserian’s house prices fell by 0.7 percent.

Tigoni and Athi River also saw significant price declines of 4.1 percent and 3.6 percent respectively, pushing the asking prices of houses in the areas down to Sh29.1 million and Sh13.6 million.

Some of the newer satellite towns have seen property values hurt by lack of access to basic services such as sewerage and reliable water supply and have also been plagued by access problems due to bad roads and heavy traffic.