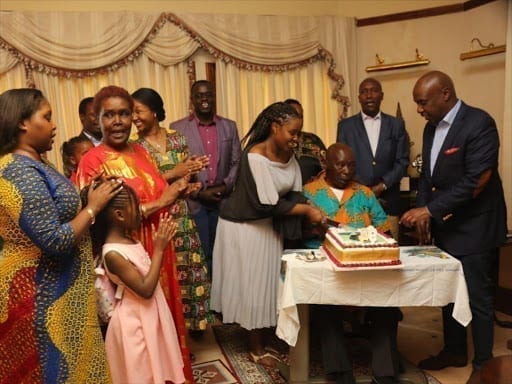 Following the death of former president Mzee Daniel arap Moi in February 4, 2020, a will on his vast multi-billion property surfaced.

The will indicated that all his children (Jennifer, Raymond, Philip, John Mark, Doris, June, Gideon and the late Jonathan) would get an equal portion of the property.

Retired AIC bishop Silas Yego indicated that the former president had taken a considerable amount of time in preparing the document to ensure that his children received their fair share according to his wishes.

“This was something that he did sometime back before his condition deteriorated and he lost his voice. He made sure he shared out his property among all his children and dependents.

“The will was deposited with one of his lawyers that I cannot tell you,” Yego stated.

Most expected that Baringo senator Gideon Moi would take up management of the property, being his father’s heir.

In a new twist, however, Nairobi-based lawyer Zehrababu Janmohammed could be appointed to manage the property if an application filed by his family is allowed.

Daily Nation reported that the application was filed at the Milimani courts on Tuesday, August 24.

The property in question transverses many sectors including; large-scale farming, banking, real estate, transport and logistics, education and media.

Once a person dies in Kenya, the family is required to nominate an administrator then file an application at the High Court’s family division.

The administrator is then required to list the register of assets and debts that the deceased left behind. Afterwards, he or she should confirm whether there is a will or method in which inheritance will be distributed.