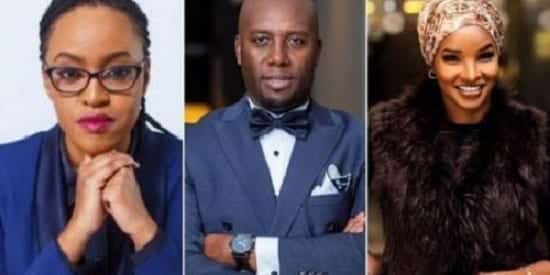 Every while, journalists go out of their way to expose the ills in the society, some of which have ruffled feathers among government officials, inter-denominational leaders to even the judiciary.

Notable journalists have gone out of their way to get the attention of audiences with painstaking research and uniquely packaging stories that truly resonate with the public.

Below are stories that were uncovered by journalists in various media houses in Kenya:

The documentary by NTV journalist Dennis Okari shed light on supermarkets in Nairobi that were using toxic chemicals to make meat on display look fresher.

Okari spoke in confidence to a number of workers whose disclosed that meat in the supermarkets was laced with high levels of Sodium Metabisulphite.

The exposé caused a stir online with the government bowing to the pressure that ensued.

The government, through the then Health CS Sisily Kariuki, stated that the ministry officials had collected samples from various outlets for analysis and further directed all county public health departments to undertake heightened surveillance in all supermarkets.

In the same year, Okari raised alarm on the high aflatoxin levels in maize meal and milk products.

The documentary highlighted how how government regulators had allowed millers to flood the market with maize flour containing high levels of cancer-linked aflatoxin.

On March 17, 2019, Citizen TV’s Lulu Hassan highlighted the plight of a middle-aged man that had spent 10 years at Kamiti Maximum Security Prison for a crime that he had not committed.

In the feature, Musyoki’s daughter narrated how her mother had coached her into narrating that she had been defiled by her father and threatened to kill her if she did not.

On Thursday, June 25, the High Court in Machakos allowed for a retrial.

Musyoki’s story highlighted one of the cases of injustices served by the Kenyan courts.

A Citizen TV exposé by Waihiga Mwaura and Asha Mwilu uncovered rampant corruption at the Maasai Mara University in September 2019.

The investigative piece disclosed how  suspects used coded language to make the swindle in which the parties were referred to as cows and money as grass.

Months later, on Monday, August 24, the Director of Public Prosecutions Noordin Haji gave the greenlight for the prosecution of the VC and four other administrators over the misappropriation of over Ksh177 million.

A investigative story by controversial ‘pastor’ Victor Kanyari shook the country in 2014, with the deception behind the miracles in his Salvation Healing Ministries laid bare in hidden cameras.

He gained notoriety as the preacher who asked for a Ksh310 offering, derived from a Bible verse in Malachi 3:10.

The exposé featured by former KTN investigative journalist (Now Nyali MP) Mohammed Ali alias Moha Jicho Pevu was an eye-opener to congregants and other religious leaders who had taken the same path.

The recent exposé by NTV journalist Denis Okari shook the government as Kenyans went up in arms over the theft of funds allocated to institutions for the fight against Covid-19.

The funds included loans and grants from institutions including the World Bank and the International Monetary Fund (IMF) to support Kenya’s efforts in combating the virus.

Okari’s story led different factions in government to cast blame on one another over who was to blame.

“The perpetrators of this heist are lucky they do not carry the tag ‘Ruto allies’, otherwise they would have taken political responsibility, stepped aside, written statements, companies investigated, individuals arrested and hauled to court,” Deputy President William Ruto stated.

ODM, through a statement signed by Secretary-General Edwin Sifuna, castigated the Directorate of Criminal Investigations (DCI) to investigate the Kenya Medical Supplies Agency (Kemsa), a process the party said should only happen after an audit.align=”center”>