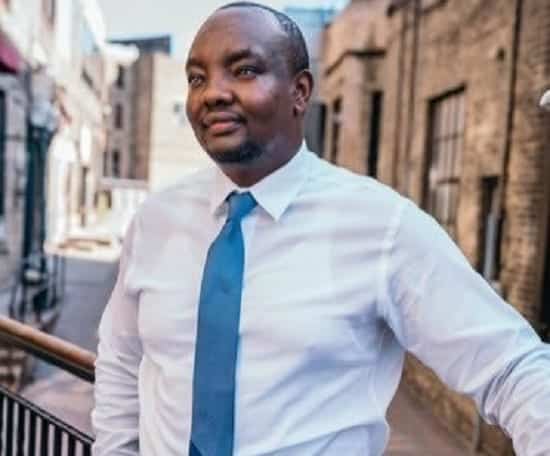 Kenyan born Boni Njenga is seeking to place himself in history by becoming the first Kenyan to sit as a commissioner in one of the county boards in the United States.

Njenga who left Kenya for the United States to seek further education 17 years ago is gunning for a position in the Hennepin County Board of Commissioner, District 5 (Bloomington, Richfield and Eden Prairie).

“My name is Boni Njenga, a Kenyan- American asking for your vote for Hennepin County Board of Commissioners. We are facing challenges like the opioid crisis, homelessness, public safety, racial disparities and tax levy increase with no accountability and transparency on spending,” Njenga says.

A policy analyst, Njenga says his campaigns are focusing on five key areas which once elected he will ensure he addresses. These include creating community wealth, closing the achievement gap, children protective services, safe and affordable housing and improving the quality of life for all residents.

“We can only solve these issues with fresh and bold 21st-century governance, by applying evidence-based policy making which will enable us to curb wasteful spending in Hennepin County, keeping more money in your pocket”

“I’m running to be a Hennepin County Commissioner District 5 to advocate for all of us. The challenges we are facing today requires more than a single approach, it requires fresh new ideas, action and strong advocacy”

Njenga is challenging first-term incumbent Debbie Goettel in the main elections to be held on November 3, 2020.

He acknowledges that the incumbent is a formidable opponent but that he is up to the challenge.

Njenga said he is running because it is time for fresh ideas and action, and wants to be involved at the policy level in making the county an even better place to live for all of its residents. He has lived and worked in the county for the last nine years.

Hennepin is Minnesota’s largest county with an annual budget of $2.5 billion that is overseen by a seven-member board of commissioners that represent the county’s seven districts. District 5 covers the cities of Bloomington, Eden Prairie and Richfield.

“I want to bring a 21st-century approach to policymaking,” Njenga said.

Njenga who has a master’s in public administration has previously championed access and opportunity for marginalized groups through his involvement in the faith-based coalition Isaiah, whether it is helping mosques in grant writing or pointing individuals to resources.

His insight into the challenges the marginalized communities face is what has informed one of his platform issues – creating community wealth. He decries the county’s dismal record when it comes to contracting with minority entrepreneurs. “Hennepin County with its millions of dollars spends less than 1% in contracting with people of colour,” Njenga said.

Njenga moved to the United States in 2003 and joined Minnesota State University-Mankato where he obtained a bachelors in political science and later a master’s in public administration.

He has held supervisory and project management roles with the state where he worked before joining the private sector as a business owner.

He says that this background will enable him to offer ideas and innovative approaches that will enable money to go to local businesses to create sustainable jobs and economic security “instead of workforce programs and welfare.”

“It will be quite an honour if residents of District 5 give me a chance to serve them and give back to the community that gave me a home and accepted me years ago.”

Njenga joins the long list of Africans seeking elective posts in Minnesota since the election of congresswoman Ilhan Omar to the Minnesota legislature in 2016 and two years later to the US House of Representatives, making her the first black person born in Africa to be elected to the US Congress.

She is the highest-ranking elected African immigrant politician in the state by virtue of the fact she holds a congressional seat.