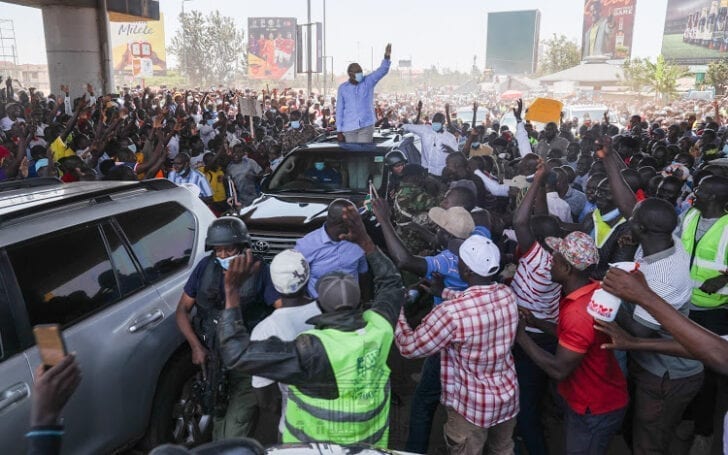 President Uhuru Kenyatta left Kisumu residents in stitches after he said he will be looking for a wife in Kisumu.

This loosely translates to: “I was telling (ODM leader) Raila Odinga: I don’t know whether my wife will allow me to get another woman to look after my interests on this side.”

During his speech in Kisumu on Thursday, Uhuru reiterated that the handshake with ODM leader Raila Odinga has given him great peace.

Uhuru said two years down the line, the country has witnessed tremendous development as opposed to what would have happened.

While heaping praise on Raila for standing true to the course of the BBI, Uhuru said Raila has proved to be a true statesman who does not just seek selfish gain, but the good of the country as a whole.

Earlier, he directed Interior CS Fred Matiang’i to ensure that the 63km Kisumu-Mamboleo-Chemelil-Muhoroni road is completed in four months.

“We are constructing an international stadium here in Mamboleo and this type of road should not be leading to such a stadium,” he said on Thursday at Jomo Kenyatta International Stadium in Mamboleo.

“I will be coming here in April next year and this should be completed by then.”The pronouncement made the crowd cheer.