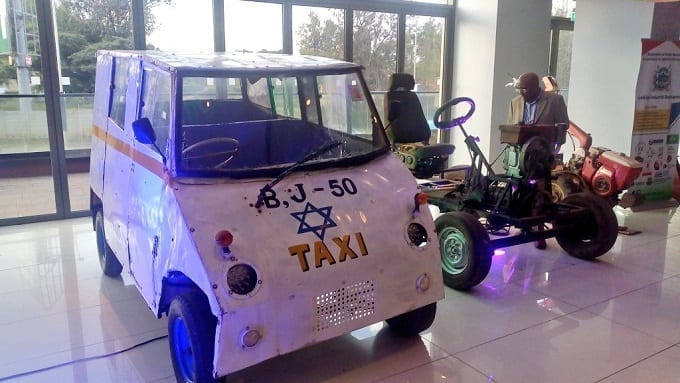 Samwel Njogu, a Laikipia County resident who turned into a nation-wide sensation due to his tuk tuk invention, has finally started mass producing his famous car units.

This follows approval by the government through the Kenya National Bureau of Standards (KNBS) which allowed the mass production of the Kenyan invention.

Speaking to the media on November 16, Njogu expressed his joy at finally seeing his lifelong dream come to life.

“I still can’t believe it, my dream to see my car, the BJ50 on the road has come true. I have already received number plates for the completed units,” the overjoyed 39-year-old stated.

He went on to reveal that some units were already cruising around the streets of Nyahururu, with clients preferring his BJ50 due to its increased load capacity.

The locally assembled car can carry up to 6 passengers at a time.

Despite dropping out of school after class 8 due to financial constraints, Njogu held on to his dream of making his own car from scratch.

He sourced parts from scrap yards and garages and assembled the first BJ50, which he used to ferry residents in his home town of Nyahururu.

To cut down on costs, they were sourcing items such as tyres, ball joints and shock absorbers locally.

Njogu has employed 15 people at his assembly line and now, with the approval for mass production, thousands of youth in Laikipia County are expected to get quality employment.

Increased capacity at Njogu’s shop will translate into job opportunities for the locals.

In 2018, Njogu met Laikipia Governor Ndiritu Muriithi who helped him join the Laikipia Innovation Programme that had been launched by the county government to train budding entrepreneurs and help them market their products.