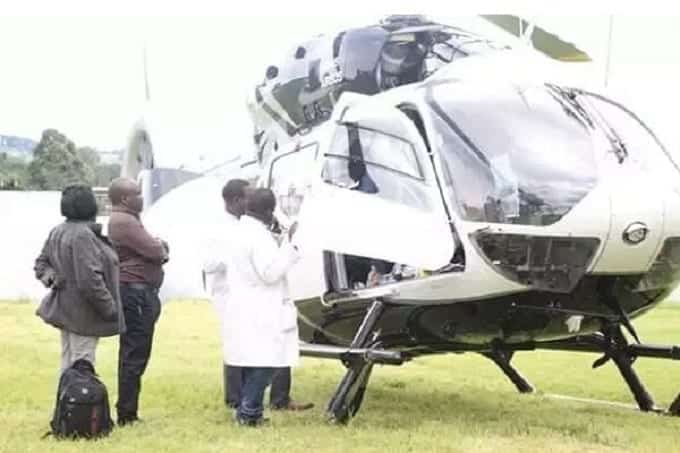 The chopper boasts a night vision capability and hence it can move around at night easily. Only KDF and the police have choppers with night vision.

The chopper costs $9.7 million According to Business Jet Traveler magazine. The amount translates to sh 970 million. The plane is also equipped with the Helionix Avionics System, which significantly reduces the workload of the pilot and enables the helicopter to fly and land even after experiencing a screen display failure. The plane has a range of 260 nautical miles and can carry up to ten passengers one pilot and ten passengers, or two pilots and nine passengers at any one time. The H145 air bus helicopter is loved by the military as its favourable for roles such as patrol, surveillance, and rescue missions. The cockpit of the airbus is compatible with a night vision imaging system (NVIS).

The plane can fly up to 500Km in a single flight at a top speed of 284 km/h and a maximum take-off range of 680km above sea level. On November 2019 the chopper was the talk of town when Ruto arrived in West Pokot safely despite reports about bad weather conditions to console victims of the landslide that claimed over 50 lives. On the other side Interior CS Fred Matiang’i’s millitary chopper was forced to make an emergency landing in Eldoret. Word of the Day:God Looks at the Heart

I’ll hand over peacefully if I lose, says Uhuru