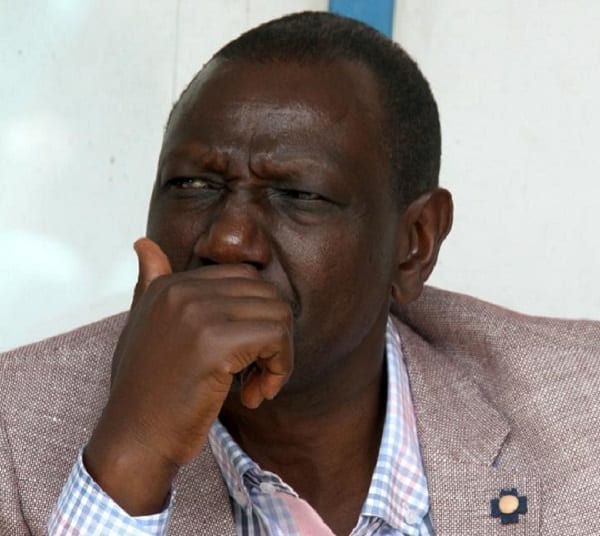 Are there indicators that WSR is done? The article in today’s East African Standard portrays WSR as a man facing an intractable dilemma, who should probably just close shop and kneel before his boss, Jubilee and RAO, his former boss, now a bedfellow with his current boss. This portrayal is myopic for two reasons:
a) WSR is filling a gap that he did not create in the first place. Having differences with your boss does not translate to having a problem with the country. At least he speaks a language that the ever-expanding “nation of hustlers” understands. He attracts huge public rallies in spite of, not because of his differences( real or imagined) with his boss. His followers also remember a gentleman’s understanding between him, his boss and the public, the “kumi kumi”, a conscious public declaration that was given a nod by the public. The “Kumi kumi” chants translate to the question “…who is fooling who?” amidst a clamor by the other side for a referendum that is deliberately designed to shortchange him and package him to leader of opposition.
Related Posts
NEWS

Kenya has a new president: Ruto won Fair and square-Supreme…

Ruto To Meet With All Elected Kenya Kwanza Leaders On…

b) Clipping the wings of his allies in both County and National Assemblies has in no way resulted in desperation that was intended. In fact, his campaign probably needs to infuse his team with fresh, productive and credible faces, a contrast to his detractors. You just need to look at the faces of the BBI “lapdogs” that have been dispatched to frustrate his bid—they are a recycled material, lackluster, with no political clout. Murathe, Maina Kamanda and Tuju also come to us as opportunists who are likely to revive their political fortunes should the BBI see the light of day. Also, the fact that his allies in the senate were catapulted from their plum house leadership positions did not put a stop to his progress. In fact, it earned him sympathy from his “hustler nation”. We should therefore see WSR political bid for succession, in spite of his bosses efforts to decimate him as a headache for his boss, and not the other way around as we are made to believe by the headline of the article.
c) The emergence of an invigorated UDA with a wheelbarrow logo as his “ mpango wa kando” is an indication that he and his sympathizers do not believe he will necessarily need Jubilee ticket for his bid. After all, his followers cross party lines. See, Kenya is not America where political alignment consists of two major “tribes”; Republicans and Democrats. In America, one is born to a party and they will likely die in the party, more often than not. In Kenya, members are loosely affiliated to the party and cross-crossing party lines is a norm rather than the exception.
The fact that WSR’s affiliates have doubled down on using the symbol for which many (including some voices in some social media forums) derided as antiquated technology, is telling. Whatever the description, “hustlers” love it. They think that choosing the symbol is worth the gamble. They seem to have concluded that the  derisive laughter from detractors smirks of detachment from or aloofness to the dire situation of the common mwananchi (as opposed to “wenye nchi”). Whoever is thinking that WSR’s fortunes are dwindling and that his succession bid for the number one slot faces existential threat in 2021, has not been paying attention. Me thinks he is being underestimated.
d) Atwoli says WSR’s behavior has frustrated Jubilee’s efforts to realize the four pillars of development. People are hurting for reasons other than WSR. Had he been the problem, isolating him politically and clipping away parts of his docket in government should have contributed to an invigorated economy and a feel-good moment for the country. That did not happen. Nobody should try to make him a fall guy.
Finally, history has shown us that power is never given on a silver platter; WSR thought differently until he smelt chicanery that was meant to cut him shot, purposely or by oversight but an idea that did not consider his political ambitions, anyhow. WSR is a movement. Trying to cut him short as an individual, regardless of his imperfections, without due consideration to the plight of his followers is making a big mistake. Until the BBI is perceived as a people-centered initiative rather than a dynasty-owned enterprise, his detractors will always be perceived as having vacated the middle space for him to continue voicing their grievances for them.