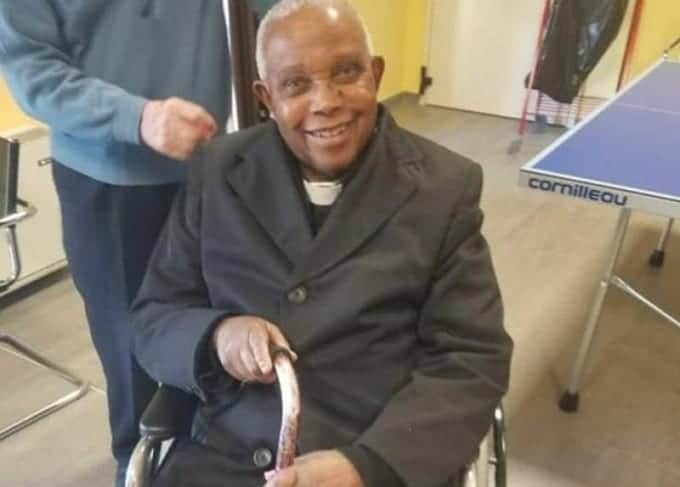 When Bishop Emeritus Silas Njiru succumbed to Covid-19 in Turin, Italy in April, the plan was to have his body flown back home for an elaborate internment in line with Catholic Church traditions.

As the first African bishop of Meru Diocese, the Catholic Church in Kenya–and more so the St Joseph Cathedral flock–were looking forward to viewing Bishop Njiru’s body before burial in a stone chamber beneath the floor of the church he had served since 1976.

The Catholic Church has a long-running tradition of burying their bishops in crypts below the cathedrals they served. But the coronavirus pandemic has turned this age-old ordinance on its head, so much that the flock may have to wait at least 15 years to witness Njiru’s internment.

According to church traditions, the cleric’s body was supposed to be flown back home and interred in one of the 12 crypts at St Joseph in Meru town.

But the diocese of Meru now says Italian authorities have ruled out bringing back Njiru’s remains in the short term. The earliest this could happen is 2035.

“We were very keen to bring the bishop to the seat of the diocese–the cathedral where he should rest alongside his predecessor, Bishop Lawrence Victor Bessone,” said Father David Kaberia, who is in charge of the Meru Cathedral parish. “But the Italian Covid-19 protocols prohibit either the airlifting of the body or cremation until 15 years lapse.”

In March, Italy introduced an emergency law banning funeral services to prevent the spread of the virus. This was unprecedented for a country with such strong Roman Catholic values.

The bishop’s body is currently in Turin after Bishop Salesius Mugambi wrote a deed to the Consolata Missionaries Superior and the Holy See in Rome allowing temporary interment.

“That was only because it was not possible to bring the remains immediately for interment in the seat of the diocese,” said Kaberia.

Njiru was the second African prelate to die of the virus after Bishop Gérard Mulumba Kalemba of the Democratic Republic of Congo, who died on April 15, aged 82.

Njiru was living at the Blessed Joseph Allamano House of the Aged in Alpigano, Turin in Italy when he contracted the disease. He was admitted to the Rivoli Hospital intensive care unit where he passed away after three days.

Archbishop Ndingi Mwana a’Nzeki, who died in March after serving as bishop for more than 60 years, was buried in a crypt at the Holy Family Basilica.

In 2017, Eldoret Catholic Bishop Cornelius Korir was interred at the Grotto of the Virgin Mary, a small room inside the Sacred Heart Cathedral.

The Catholic Church’s practice of building crypts was drawn from the persecution of believers who were buried in caves.

Patricia Ann Kasten writes in Making Sense of Saints that the first churches were built near or directly over the graves of martyrs.

In 787 AD, the Second Council of Nicaea, a Catholic sitting, decreed that all new churches would be built with relics of saints placed inside altars.

Kaberia said the word cathedral stems from cathedra, which was the raised throne of a bishop in the early Christian basilica.

He added that the Meru Cathedral, which is officially called St Joseph Cathedral, has 12 crypts. One is occupied by the remains of pioneer Bishop Bessone who died on December 18, 1976.

Because of Covid-19 restrictions, only 15 people, mostly Catholic clergy, attended the Meru memorial service in honour of Njiru on May 5 that was led by Bishop Mugambi.

A larger crowd of about 40 attended a subsequent memorial service days later at his birthplace in Kevote in Embu Parish after the county government relaxed Covid-19 protocols.

At the Meru memorial service, Mugambi described his predecessor as a humble servant of God.

Kaberia remembered the bishop as “well gifted, articulate, a good communicator, very prayerful and a generous man.” “You never went to Bishop Njiru with a problem and left without a solution,” he said.

Njiru was born in 1928 and studied at Mujwa Seminary and St Paul’s Seminary in Nyeri.

When Consolata missionaries were taken prisoners in South Africa, Njiru went to Uganda to further his studies. He returned to St Paul’s and was ordained as a priest on December 17, 1955 by Bessone.

He served as an assistant parish priest in Tigania, Amungenti and Mujwa parishes before being appointed director of St Pius Seminary Nkubu in 1961.

Njiru, who taught Mathematics, established the secondary school section of the seminary. In August 1968, the cleric went to St Peter’s College in Rome for a Masters degree in Pastoral Theology.

Upon completion, he was appointed as rector of St Thomas Aquinas Nairobi in 1971. He played a big role in affiliating the seminary to the Pontifical University of Urbaniana in Rome. In 1974, he was recalled by Bessone and appointed vicar general. On January 1, 1976, he was consecrated as an auxiliary bishop. Njiru was appointed bishop of the Meru Diocese on December 18, 1976 following Bessone’s death.

During his memorial service, representatives of the Meru Diocese remembered him as a diplomat who was accepted by all. According to the diocese, Njiru was a big promoter of vocation for priests and opened many parishes, dispensaries and water projects.

He was also commemorated for his passion for formal education, which saw him start schools in Meru County as well as various projects to support the diocese.

Kenyan diaspora can do more than just remit money