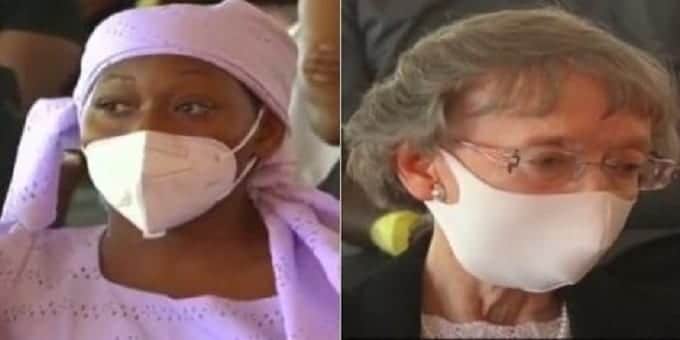 Former Presidential candidate and Cabinet Minister Joe Nyagah had written a letter to his two wives, a white lady and an African before he passed away on Friday, December 11, at the Nairobi Hospital.

Nyagah’s message to his wives was part of a memoir he had authored about his life and career. He advised his two sons and daughter, praised his brothers Norman and Nahashon Nyagah, and sister, Dr Mary Khimulu, while also recalling the good times he shared with his friends and competitors.

The late politician remembered how hard it was to convince his father, Jeremiah Nyagah, to allow him to marry a white lady. He added that his friends and family were equally shocked at his (Joe) decision to marry an African woman who was the same age as her step-children (Joe’s two sons).

“This is the way he wanted it and this is the way I am going to do it. He loved planning and that is why he wanted to speak even during his own funeral,” the friend said before reading the memoir.

Below is an excerpt of the memoir containing the message to the wives.

“To my family, in my last days, I had a lot of time to reflect and I realised I hardly had time for my family supposedly because of my career. For this, I regret if I had to live my life over again. I would get my priorities right. Needless to say, God puts us on this earth for a reason and in order to fulfill that assignment, it needs to have a better understanding of oneself and God.

I am convinced that God guided and protected me throughout my career when I see what I have passed through and then compare what I have seen happen to my colleagues.

To my wife Margaret Nyagah, I do not know what I would have done if you would not have sacrificed your career to bring up the boys. You were an excellent wife, mother, teacher, driver, cook, maize mill manager in addition to being a clerk of works and housing agent to find appropriate accommodation for my family.

There is also no question that without you coaching me in mathematics and statistics, I would have found economics very tough. I owe my success to you. You are the full life of your own. You were head of mathematics at the Kenya National Examination Council (KNEC) and worked as a Red Cross volunteer. I hope you know that I was always very proud of you.

Marrying a white girl was not an easy thing for my father to accept and this initially created a crisis at the beginning of our marriage. Being a senior Cabinet Minister, he would have loved to organise a big society wedding to show off his firstborn son.

Thanks to my mom and my grandfather and brother Norman, she would be part of this household. I am glad dad finally accepted you and respected our marriage. You expanded my family and allowed me to accommodate my in-laws from Scotland.

My father was a public figure and would spend little time with us as we grew up. I followed in his footsteps and I hope my sons would benefit from the network I created. Remember Proverbs 27:10  which says that ‘Do not forsake your father’s friends because on the day of a calamity, they can be better than a brother who is far away’.

You will maintain many friends and enemies too like I inherited many enemies from my father.

To my wife Esther Nyagah. Initially, when you came into my life, there was shock within my family and friends who did not know how to handle me. With a woman the same age as my boys, I have, however, been grateful for hours you spent with me.

I am very happy that my sons have accepted you and it warms my heart to see how they love their African sister and my grandchildren amused to have an aunty younger than themselves. It was such an extraordinary experience to enjoy my old age with my young daughter. You made me enjoy an experience I could not enjoy before,” Nyagah wrote.

The deceased neither wanted his body to be viewed nor a new suit bought, as is the custom in most burial rites in Kenya. He identified a suit and wanted his eldest son, Jeremiah Nyagah, to iron it.

He also specifically stated that he wanted to be buried next to his grandfather with his head facing the Mbeere Hills in Embu County.

Nyagah was laid to rest at his home in Mbeere, Embu on Saturday, December 19.