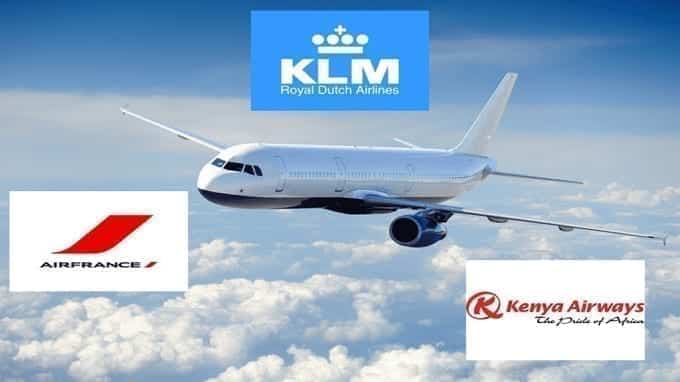 Kenya Airways (KQ) will terminate the controversial 24-year-old joint venture partnership with Air France KLM Group next year, in what will see the national carrier free itself from the deal, which saw it get the short end of the stick.

KQ announced on Saturday that it agreed with KLM to mutually terminate their Africa-Europe joint venture partnership from September 1, 2021.

The airlines had previously suspended the Joint Venture cooperation for the 2020 mainly due to the Covid-19 pandemic and subsequent unpredictability of return to normalcy in operations.

Kenya Airways operates over 70 flights a day and flies to over 53 destinations worldwide, 43 of which are in Africa.

But the tie-up with KLM limited its options of flying to some destinations which to allow its partner a free reign. This hurt its dream of being the Pride of Africa.

“This development allows Kenya Airways to offer additional options and convenience to our customers connecting through our European gateways in line with our goal of supporting the recovery of international tourism in Kenya and connecting Africa to the World, and the World to Africa,” Kenya Airways CEO Allan Kilavuka said in a statement.

Kenya Airways has been pushing to renegotiate the partnership to gain more control over their cost and revenue-sharing deal and the ability to make agreements with other airlines.

KQ has been replacing a number of staff that came from the European airline, including Chief Operations Officer Jan de Vegt, and replaced them with local employees.

The existing arrangement allowed the carriers to pool resources and gain easier access to their respective territories through joint ticket sale.

The ongoing nationalisation of the airline also complicated the partnership given that the airline will now operate as a state parastatal.

Kenya Airways said it would continue to serve the Europe market through its gateways of London, Paris and Amsterdam with Rome slated for resumption from 2021.

The national carrier said these routes will be served by onward codeshares from the Air France KLM group and additionally with our ever-expanding network of European carriers including Alitalia, British Airways, Lufthansa, and Swiss International Airlines amongst others.

Kenya Airways said it is a member of the SkyTeam alliance, and the loyalty program will continue to apply on all the partner flights.

Frequent Flyers will therefore continue earning and redeeming miles, while Elite Plus travellers are benefiting from SkyPriority services.

No third force to fight Jubilee and Cord at the Coast as Ababu claims, Omar says