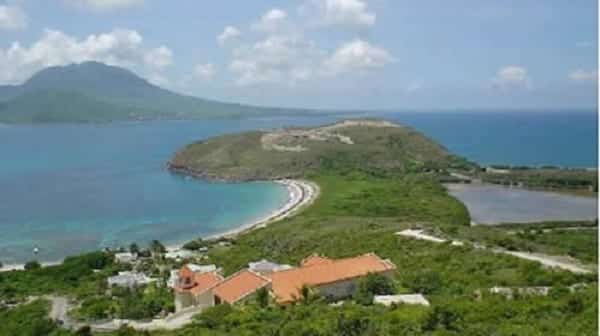 Wealthy Kenyans have stepped up the search for a second passport in the exclusive small Caribbean island nations of Dominica and St. Kitts and Nevis amid anxieties about the next elections and the effects of Covid-19 on the economy. Global residence and citizenship advisory firm Henley & Partners in its latest report said that in the 12 months to November, Kenya saw a growth in enquiries about citizenship by investment (CBI) of 116 per cent. This shows growing interest among the wealthy in finding a second home or “plan B” and a powerful passport that would further open opportunities for them. Globally, the top five countries in terms of CBI enquiries were all emerging markets: India, South Africa, Bangladesh, Pakistan, and Nigeria.

“Kenya has seen tremendous growth in enquiries of 116 percent between mid-November 2019 and the same period in 2020, while India saw growth of 61 percent, off an already high base in the same period, and Nigeria saw 30 percent growth, also off an impressive starting point,” said Juerg Steffen, the Henley & Partners CEO. “Savvy investors have realised that diversification is as relevant to lifestyle planning as it is to wealth management. By spreading their assets across a range of markets and jurisdictions, over time they are more likely to harvest returns than if they hedge their bets on one country alone.” According to CS Global Partners, another citizenship advisory firm, Kenya’s wealthy elite have been quietly taking advantage of the CBI programmes, with a majority having an interest in the small but exclusive Caribbean island nations of Dominica and St Kitts and Nevis. Micha Emmett, the CS Global Partners chief executive officer, said that the Caribbean offers a luxurious lifestyle combined with accessibility which appeals to many Kenyan entrepreneurs and those wanting a better life for their families.

“What perhaps used to be seen as an unconventional avenue to obtain a second passport is now highly sought after,” Mr Emmett said in a statement. Some wealthy Kenyans are now forking out up to Sh330 million to get the second passports. For instance, a Kenyan with two children (minors) can spend about Sh22 million to apply for citizenship in Saint Kitts or Nevis. About Sh16.8 million goes to the government, with the rest paid to the adviser, due diligence and passport fees. The amount paid is dependent on the country’s requirements including investment in real estate, tourism, and other businesses for a specified time, in exchange for citizenship. The amount invested is considered a donation to the government.

CS Global said that the second passport, especially from the Caribbean countries like the Dominica Republic, offers more opportunities for the rich Kenyans, allowing them visa-free access to over 140 nations, including the US, Europe, and Asia, which the Kenyan passport cannot. As it is, the Kenyan passport allows visa-free access to only 65 countries, most of them in Africa. For Kenyans travelling abroad, they have to apply for visas before entry to 140 countries, pointing to why the CBI programme is attractive to the country’s elite. “CBI has long been considered an option amongst wealthy Africans. Lengthy and often hard-to-obtain visas mean that travel has generally been a challenge for most African passport holders. By obtaining dual citizenship, you can diversify your options and gain easier access to the rest of the world,” Mr Emmett said. Kenya allowed for dual citizenship after the promulgation of the 2010 Constitution, enabling the affluent to seek residency in countries where they can access better healthcare and international schools for their children, and can conduct business globally. The spike in interest within the last one year has also been driven by the upcoming elections and the ravaging effects of the Covid-19 pandemic on the economy.

DEVOTION: You Can Find Him By Pastor Shadrack Ruto‏