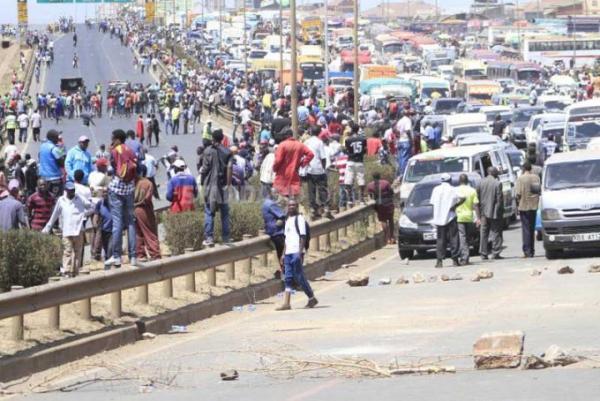 Kenyans closed the curtains on 2018 on a rare feat. The economy got richer while the average consumer got poorer.

The latest official numbers showed that while the country churned out more goods and services in the three months to December, consumers found it difficult to afford them as the prices were beyond their reach.According to the Kenya National Bureau of Statistics (KNBS), improved weather conditions helped the economy to grow by six per cent between July and September, an improvement from 4.7 per cent in the same quarter in 2017.However, these gains appeared to have been wiped out by a dramatic rise in the cost of living as year-on-year inflation rose by 5.71 per cent, the fastest since October 2017.

The growth in the size of the economy – gross domestic product (GDP), sum of all goods and services produced in an economy in a year – was the highest since 2015.Inflation – measured by looking at increase in the prices a basket of goods and services highly consumed by Kenyans – hit the poor the most. This was particularly the case after the Government introduced new taxes on petroleum products and counties such as Kitui banned charcoal.The Government will be hard-pressed to show how the super growth has percolated to those grappling with a high cost of living made worse by punitive taxes, high debt and graft.According to KNBS, this was the highest third quarter growth in the size of the economy since 2015, rising faster than the 4.7 per cent recorded last year. Some of the sectors that did well include agriculture, the country’s mainstay; construction; electricity; and water supply. The boost came especially from tea production, coffee sales and a 67 per cent increase in the production of fruit.“The volume of tea produced rose by 12.3 per cent from 102.6 thousand metric tonnes in the third quarter of 2017 to 115.2 thousand metric tonnes in the review quarter. Similarly, the volume of coffee exported rose by 8.5 per cent from 9.4 thousand metric tonnes in 2017 to 10.2 thousand metric tonnes in the quarter under review,” KNBS Director General Ann Mburu said.

However, a number of new tax measures, including eight per cent value-added tax on petroleum products, a ban on charcoal burning by such counties as Kitui have combined to nudge up the rate of inflation again.In the period under review, fuel and food contributed to the surge in the overall prices of goods and services in the economy.The price of four kilogrammes of charcoal – used by millions of poor Kenyans for cooking – increased by 70 per cent to Sh141 by the end of 2018 compared to Sh83 in the same period in 2017.Counties in Ukambani that supply most of the charcoal such as Kitui banned the production of the fuel, a move that was aggravated by the Government’s decision to also ban logging.A litre of kerosene, also used by most poor households for lighting and cooking, went for Sh106, an increase of 47 per cent compared to the same period in 2017 when it the fuel retailed at Sh72.

In the Finance Act, 2018, the Government introduced adulteration levy on kerosene, slapping it with a duty of Sh18 per litre raise in what is aimed at curbing rogue dealers from mixing it with diesel.

And the most CORRUPT people in Kenya…

Obama vows retaliation against Russia for meddling in US elections