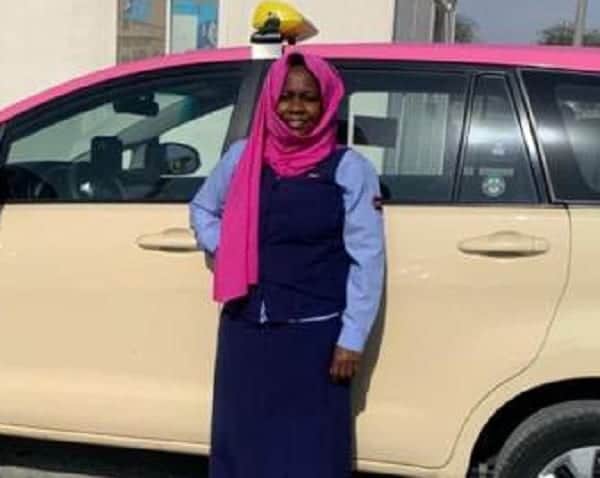 A Kenyan woman has defied the vagaries of Covid-19 pandemic to take charity to another level by cooking meals for jobless compatriots in the United Arab Emirates (UAE).

Wangeci Waruire who quit her job as a Taxi driver back in 2019 has been putting a smile on the faces of jobless Kenyans in the face of the pandemic.

“I resigned from work in October 2019 after months of minimal earnings because Terminal One at the main airport was closed and we earn from commissions.

“My husband who was still working would buy ingredients, and that’s how I began making food, packed them and shared photos on Facebook for people in my neighbourhood to come and pick for free,” she told BBC.

Waruire who is a mother of three decided to offer free food to cushion hundreds of Kenyans who were rendered jobless during the Covid-19 pandemic.

She makes up to 25 plates of food twice a week, the main menu being rice, chicken, vegetables and beef.

During her time as a taxi driver, Waruire managed to bag several awards for her exemplary work in ferrying tourists and travellers from the Dubai International Airport.

Some of the Kenyans in the UAE have exhausted the money at their disposal after losing their jobs and many can barely afford a ticket back home.

The food also comes as a huge relief in a country that experiences extreme weather conditions, with people having to work under the sweltering heat of the Dubai summer and winter falls in the months of December and March.

At the height of the pandemic in June, more than 400 Kenyans in the UAE pleaded with the Kenyan government to fly them back home after being rendered jobless due to the Covid-19 pandemic.

Being a tourism hub, Dubai and other UAE states receive hordes of tourists each year. Many Kenyans are employed in the hospitality industry which has taken a beating during the pandemic.

Dear Raila, I speak to you from the heart; listen and end this madness